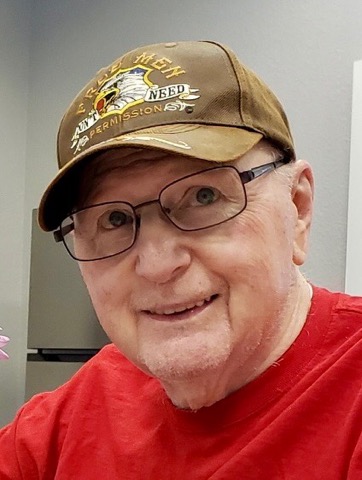 Bill was born September 19, 1941, in Gaylord to Bill and Florence (Duhoski) Sides.

He met Dolores Sevenski and knew that he wanted to marry her right away. Bill and Dolores were married and celebrated 61 years together on July 2, 2021. Soon after they married, they set off on their first adventure, that was when Bill joined the Navy and they moved to California. He served honorably for 5 years during the Vietnam War and Cuban Missile Crisis Era.

They eventually returned to Gaylord where he worked as a journeymen’s welder, until his retirement in 2003. He was a hard worker and took special pride in providing for his family. Bill had many fun hobbies throughout the years such as; race car driving, restoring classic cars, winemaking, smoking fish that he caught, making maple syrup, and loading shotgun shells to name a few. He was an avid hunter, not only for deer in the Pigeon River area, but also for bear and moose in Canada. Both he and Dolores drew elk tags and were successful. Bill loved to share stories with anyone who would listen! He loved to sing and dance to his favorite music. He was very handy and was always working on something. Of course, he was most proud of his family and loved more than anything else, to spend time with friends and family.

A Mass of Christian Burial will be held Thursday, July 22, 2021, at 12:00 pm., at St. Thomas Aquinas Church in Elmira with Rev. Matthew Wigton officiating. Visitation will begin at the church at 10:00 a.m. Burial will follow at St. Thomas Cemetery, Elmira, MI.

In lieu of flowers, memorial contributions may be made to the Otsego County Food Pantry, (by clicking the link provided), or mailed to 116 E. Fifth St., Gaylord, MI 49735.