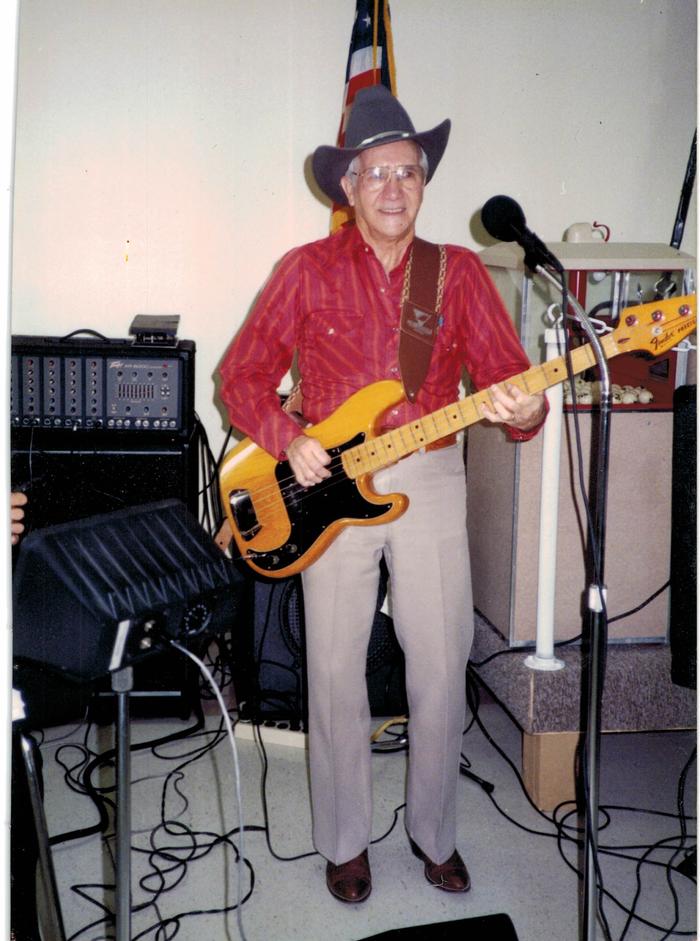 Frederick James Warren passed away peacefully at McReynolds Hall on January 20, 2017 in Gaylord, Michigan at the age of ninety.

Fred is survived by his wife, Barbara, his children, James (Jacqueline) Warren of Gaylord, Beverly (Charles) Brown of Kalamazoo, and Jacquelyn (Bruce) Warren Smith of Gaylord.  He is also survived by his grandchildren, Michael and Matthew Davis, David (Jamie) McKinney-Brown, Jason Warren Smith, Sarah (Vincent) Inendino, his sisters, Edith Welling, Rose Jones, Ethel Frazier, Wilma (Ozzie) Viau, many brothers and sisters-in-law, and nieces and nephews.  His parents, William and Ramsay McLeod Warren of Wolverine and his sister, Katherine Harris, preceded him in death.

Fred was born on January 27, 1926 along with his twin sister, Rose, in Wolverine, Michigan to William and Ramsay Warren.  While working for Daisy Manufacturing in Plymouth, Michigan, Fred met his future wife, Barbara Dely.  Fred and Barb were married in Plymouth, Michigan on July 2, 1949.  Fred and Barb welcomed three children, Jim, Bev, and Jackie, into their home, and Fred set about teaching them to work hard, pursue their goals, and be friendly to all.  His children remember him as a father who persevered and overcame obstacles to provide a loving home for his family.

In 1963, Fred and his family moved to Gaylord, Michigan.  Fred always looked for opportunities to “better himself” and improve his skills.  This perspective led him to pursue education and classes with RETS Electronics School, Dale Carnegie, Honeywell Welding, and locksmithing.  After moving to Gaylord, Fred began working for U. S. Plywood as a boiler operator.  In 1972, Fred became employed at The Alpine Center for the State of Michigan as a power plant operator until the center closed.  He then transferred to the Department of Corrections at the Huron Valley Correctional Facility in Ypsilanti, Michigan as a locksmith and maintenance worker.  Fred continued working for the State of Michigan until he retired in 1987.

Fred was a dedicated individual who loved music and who was passionate about singing country music and playing his guitar.  He enjoyed performing with friends and family throughout his life.  He would just light up when he met friends who enjoyed music as much as he did.

A visitation is planned at Nelson Funeral Home from 2:00 pm to 6:00 pm on Wednesday, January 25, 2017.  A funeral to celebrate Fred’s life is scheduled for 11:00 am on January 26, 2017 with a visitation from 10:00 until time of service at the Gaylord First United Methodist Church on 215 South Center St., Gaylord, Michigan.  Pastor Dan Bowman will officiate the ceremony.  In lieu of flowers, memorial contributions can be made to Otsego Memorial Cardiac Rehabilitation Services, McReynolds Hall, and/or the Gaylord First United Methodist Church.  Condolences can be sent to nelsonsfuneralhome.com. The family would like to thank the loving caregivers at McReynolds Hall for the care, support, and kindness given to Fred and his family.