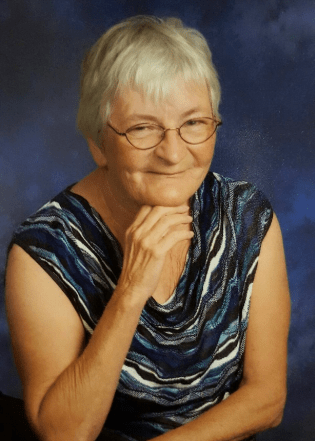 Virginia Sue Babion, Gini or Gin as she was known by her friends and family, passed away peacefully Saturday, October 27, 2018 with her family by her side.

She was born on March 15, 1945 in Owosso, Michigan to Waldron and Margaret (Stolson) Babion and was one of four children. Gini attended Chesaning Schools until her family moved to Indian River, Michigan where she graduated in 1963 from Inland Lakes High School. She eventually returned to the Chesaning area and worked for Pete Packing until she moved permanently to her family’s summer residence in Frankfort, Michigan. In 2008 she retired from Continental Industries, where she was affectionately known as the “social director”. Gini was an active member of the Fraternal Order of Eagles, and a volunteer at Paul Oliver Hospital. Gini enjoyed spending time with her family at the cottage on Crystal Lake, visiting her children, grandchildren and great grandchildren, and traveling with her beloved sister Linda.

Gini was preceded in death by her parents Waldron and Margaret Babion and brother-in-law Tom Crofoot.

Gini was a friendly, bright light with lots of spunk who will be greatly missed.

A private memorial service will be held November 10 with a public Celebration of Life gathering at the American Legion in Frankfort at 1:00pm. In lieu of flowers the family wishes memorial donations be made in Gini’s name to either Hospice of Northern Michigan, Trinity Lutheran Church of Frankfort or Benzie Senior Resources.