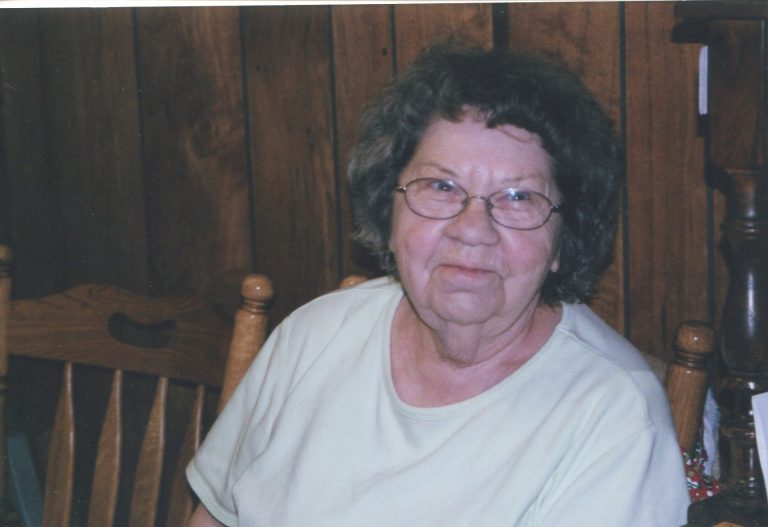 One of Vi’s first jobs was picking potatoes for local farmers.  She was the bookkeeper for her husband’s appliance business. Vi also worked for the Gaylord School District at Elmira Elementary, in the kitchen, and retired after 24 years.

Vi was a generous person with a great sense of humor.  She loved a good joke, parties, and was competitive in playing cards, including Rummy 500 and Euchre.  She and her husband were given separate handheld poker games because they weren’t good at sharing.

She enjoyed puzzles, Sudoku, bingo, and going to casinos.  She loved gardening and was proud of her peonies. Canning, and sewing clothes for family and friends was a large part of her life.  She enjoyed giving and receiving gifts and would sneak-a-peek at gifts around the holidays.

Her family and friends have numerous cherished memories of Vi and are much the richer for it.  She will always be loved and deeply missed.

The family thanks Grandvue Medical Care Facility for their special care.