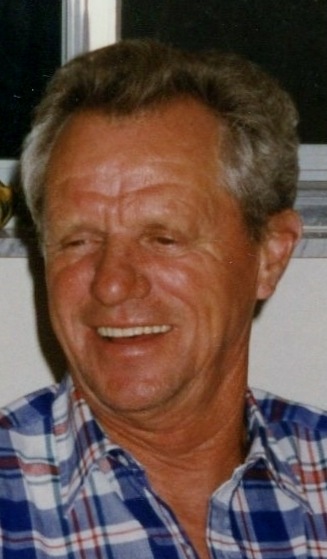 Vernon “Vern” Welsh, age 83, of Gaylord peacefully passed away Tuesday, September 18, 2018, at his home surrounded by his wife and daughter. Born in Johannesburg on October 29, 1934, Vern was one of seven children born to Jay and Alice (Palmer) Welsh.

On August 11, 1956 he married his High school sweetheart Mary Ann Strzynski and all who knew them can attest to their love story that lasted 62 years. Together, they raised two children.

Vern was a truck driver by trade and drove for 36 years. He spent his entire life in Northern Michigan, where he could be found in any season driving or walking in the woods, where he found peace and tranquility.  He was an avid deer hunter, snowmobiler, mushroom picker, and he loved to fish.  His favorite spot in the world was at his cabin on Big Bear Lake where he was a summer resident for over 35 years.  Vern loved God, his family and nature, but not necessarily in that order.

Vern was a hardworking man who could fix anything. He served as an amazing role model to all who were blessed to know him.  He was a kind, generous and gentle soul, who was always willing to help someone in need, and always ready with a hardy laugh.  He loved a good party, especially when cards were involved, and he and Mary Ann were often seen dancing the night away at a local wedding or Polka Party.  He will be greatly missed.

Visitation at the Nelson Funeral Home will be held on Sunday, September 23 from 2-6 PM. A rosary will be given at 6 PM by the Knights of Columbus. A Mass of Christian Burial will be held at St. Mary Cathedral in Gaylord on Monday, September 24 at 11:30 AM with viewing at the church at 10:30 AM until the time of the service.

Memorial contributions can be made to Munson Hospice or to St. Mary Cathedral Schools.