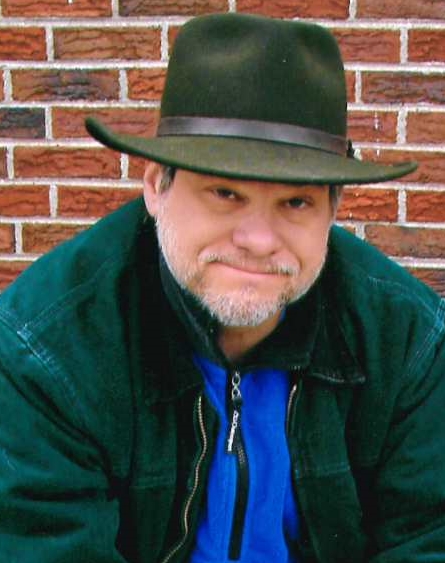 He graduated from Lincoln High School in Warren, Michigan in 1977, he received a degree in Forestry and was unable to fulfill his dream to be a ranger, and later received a Bachelor of Science degree from Sienna Heights College, in 1995.

His education led him to work as a building engineer at the Center for Creative Studies, the Penobscot Building in Detroit, and for Birmingham Public Schools.

On September 25, 1999, he married the love of his life, Theodora “Teddi” Schneider Polla, at the chapel at Hartwick Pines State Park. They moved “up north” to Elmira, in 2010.  For their honeymoon, Thomas and Theodora took a driving and camping tour of Michigan.

He was a loving father to his two stepsons and a doting grandfather to their three children.

The other loves of his life were his dogs. Thomas had an affinity for Siberian huskies, and had seven of them, throughout his life. He enjoyed breeding them and wanted to have his own sled dog team (which he did for a short time.)

Thomas was extremely well-read and was a student of history, specifically military and renaissance history. He loved classic western and Monty Python movies, JRR Tolkien and other fantasy fiction, and Tom Petty and Jimmy Buffet.

Thomas had a great passion for all things outdoors. He had a green thumb and enjoyed organic gardening. Thomas also dabbled in making his own beer and wine. He was an avid angler, a skilled hunter, and an excellent marksman. He was a firearm and archery enthusiast, which he put to good use at his job at Jay’s Sporting Goods in Gaylord. The height of his hunting career was being chosen for the Michigan Elk Hunt and bringing home a 12-point bull elk.

He also had a passion for traveling. In his early 20s he rode his Harley-Davidson motorcycle across the United States to the Pacific Ocean.  He was later able to visit Europe to spend time with family stationed there.

Thomas is survived by his wife, Theodora; stepsons, Donald (Natalie) Polla and Darin (Erin) Polla; and grandchildren, Olivia, Victoria, and Samuel Polla. He also leaves behind his brothers, Don (Linda) Cichoski, Robert (Fawn) Cichoski, and sisters, Sandra (Wallace Keith) Russell, Maryanne (Ted) Bielaczyc, and Patricia (Gary) Bell, and many nieces and nephews. He was a family man, and a faithful friend and will be greatly missed.

Memorial contributions may be made to the Charlevoix Area Humane Society in Boyne City.