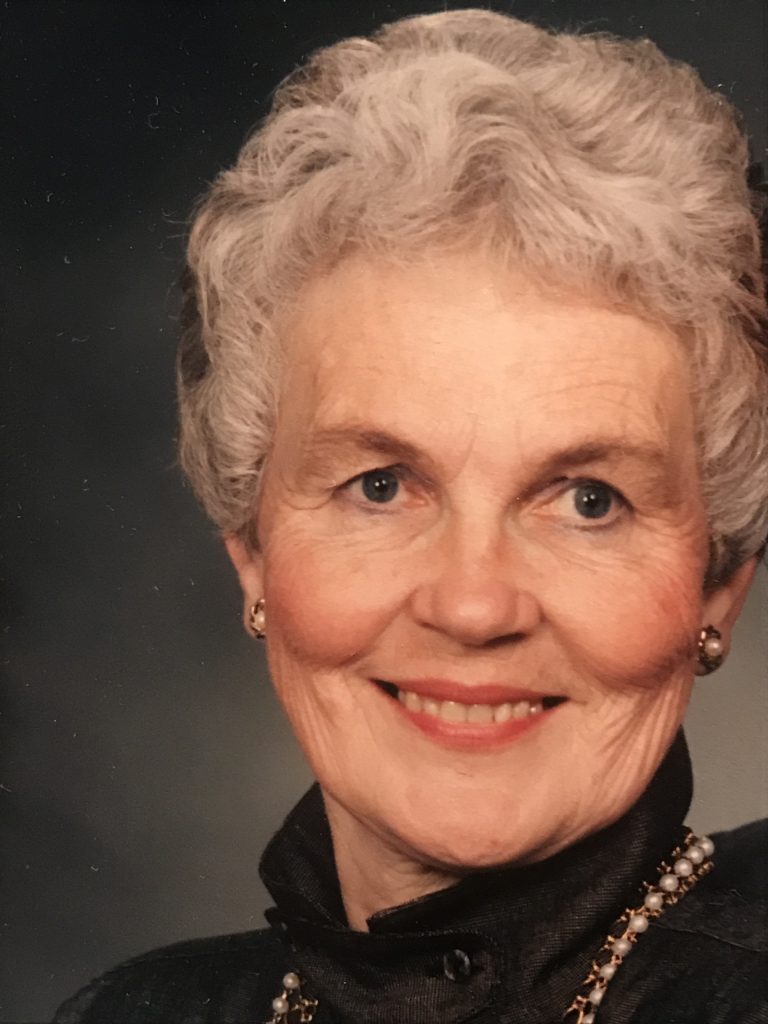 Thelma married Lawrence David Tuck on May 31, 1952, in her parents’ home in Houghton Lake, Michigan, one year after having met at the roller-skating rink. Their love of roller-skating/roller-dancing touched the lives of many throughout the years. They taught numerous youth the art of roller-dancing on weekly trips back to Houghton Lake, followed by carloads of teens eager to learn.

Thelma’s first job was at Michigan Bell as an operator, “number please”. Upon moving to Gaylord in 1958, Thelma and Larry owned and operated the Gaylord Producers Dairy and Dairy Bar and later went on to own and operate Lakeside Food Products. Thelma and Larry purchased their farm, Sturgeon Valley Ranch, in 1964 and raised 200+ registered Herefords and a few horses. Thelma also worked alongside Larry in their businesses, Gaylord Lawn Care and Maintenance and Gaylord Snow Plowing. In a venture uniquely her own, Thelma opened “Material Things” a yarn and material shop in Gaylord, specializing in authentic Swiss materials for Alpenfest clothing. Thelma also managed and ran the ski clothing shops at Otsego Club and the Yodeler shop in Gaylord. Thelma is likely best known for her 10 years at Helen’s Hallmark. Thelma knew her customers and had a gift for knowing what her clientele wanted. She catered to their needs and established many long-term customers and friends throughout her years there. Thelma was a true female entrepreneur long before the phrase became popular.

Thelma’s interests throughout her life included teaching downhill and cross-country skiing, snowmobiling, farming, belonging to a horse club (though she wasn’t successful at riding them, she sure enjoyed the social aspect), traveling and was an avid bowler for many years. Thelma initiated the Gaylord Community Church Choir program which brought numerous church choirs together for a yearly concert. Thelma and Larry were fortunate to enjoy many years of camping and traveling with their children and Thelma also had the opportunity to travel abroad with family and friends after Larry’s death.

In lieu of flowers, the family has requested memorial donations be made to Hiland Cottage Hospice House, 1 Hiland Dr., Petoskey, MI 49770, or through the Nelson Funeral Home, PO Box 1548, Gaylord, MI 49734, in Thelma’s memory.

The family is asking friends and family to write any memories they may have of Thelma and Larry and send them to Linda Gall at 2750 Wilkinson Rd Gaylord 49735. These stories will be compiled into a memory book for the family as a keepsake.