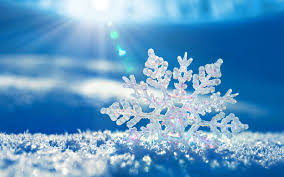 Richard Theisen, 89, of Gaylord, passed away at his home on December 24, 2017.  He was born on December 19, 1928 to Stella (Double) and Joseph Theisen in Detroit, the third of six children.  He spent his early years on a farm in Elmira Township. He graduated from Gaylord High School in 1947.  Richard joined the Army, where he eventually became a corporal.  He was stationed in Germany during the Korean War where he was an airplane mechanic.

On June 4, 1955, Richard married the former Charlene Ames. They had three sons.  Richard had his own plane and had a business going to farms to artificially inseminate cattle.  He was a mechanic for the Gaylord Cooperative, worked at Raleigh’s Pallet Mill and was a substitute mail carrier.  The family moved to Arizona to accommodate their son’s health and Richard went to work for the Phoenix Post Office.  He became the supervisor of the motor pool mechanics.

In retirement, Richard and Charlene moved back to their Elmira Township property to spend summers and they bought a place in Florida for wintertime. Besides flying, Richard loved to help his brother and his nephew on the farm, fix machines, bowl, visit friends at the Senior Center and host summer get-togethers for their snowbird friends from their Florida campground.  As a member of the VFW, he often marched in the Memorial Day parade and he put flags on the graves of veterans in several cemeteries for many years.

Richard is survived by Charlene, his wife of 62 years, his sister, Esther Nelson of Gaylord, two sons, Paul (Terri) of Goodyear, AZ and Jeffrey (Brenda) of Queen Creek, AZ, five grandchildren, five great-grandchildren (with one more on the way) and many loving nieces and nephews.  Richard was preceded in death by his parents, his siblings, Tom, Betty, Katherine and Lloyd, and his eldest son, Terry.

A memorial service will be scheduled for the spring. Arrangements were entrusted to Nelson Funeral Home and Cremation Service, P.O. Box 1548, Gaylord, MI 49734.