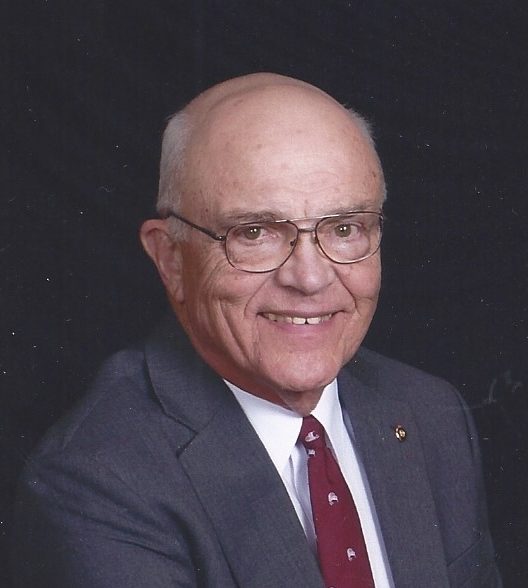 Sylvester M. Tomaszewski, age 86, of Gaylord, Michigan, died on May 4, 2021, after a 10-year battle with multiple myeloma, which finally overwhelmed his tired body. His family and friends will miss his infectious smile and gentle spirit.

Syl was born at the family farm on the north side of Gaylord on October 18, 1934, to Stanley and Sophia (Kujawa) Tomaszewski. He had fond memories of growing up as the youngest of five children and working alongside his family on the farm. He graduated from St. Mary High School in 1952, where he played basketball. Shortly after high school, he left home and worked his way through Michigan State University, graduating in 1956 with a degree in business administration.

During his senior year at MSU, Syl met his wife, Maria, on a blind date arranged by mutual friends. After college, he fulfilled his military obligation in the U.S. Army, serving as military police. After training, he was stationed at Sandia Base, New Mexico. Upon discharge in the summer of 1958, Syl and Maria were married at St. Therese Catholic Church in Lansing, on September 6, 1958, and remained as parishioners until their retirement in 1994.

Retirement returned him to the town, church, and community he loved. As a member of St. Mary Cathedral parish, he was an usher and served on the Finance Council.  He became a member of the Gaylord Council of Knights of Columbus, where he served as Grand Knight, Financial Secretary, and Fourth Degree Faithful Navigator.

Their move also provided Syl the opportunity to spend time outdoors on the family farm, working, hunting, and being a caretaker of the woods. This was so appropriate since the name Sylvester means “of the woods”. He passed this love of the outdoors to his children. Other activities he enjoyed included spending time with family and friends, traveling to over thirty countries, square dancing, playing cards, making sausage with the Knights, and walking at the Sportsplex.

The family wishes to thank the Aspen Ridge and Hospice of Michigan staff for the care, friendship, support, and compassion they provided Syl during his brief time with them.

Syl is survived by Maria, his wife of 62 years; his children, Joann (Wayne) Barry, Michael (Barbara) Tomaszewski, and Susan (Gary) Curtis; six grandchildren; 14 great-grandchildren with one on the way; his sister, Mary Dykhouse; his brother-in-law, Gilbert (Suzanne) DeVlieger; and many nieces and nephews.

He was preceded in death by his parents; brothers, Raymond and John; and sister, Regina.

Donations in Syl’s memory may be made to Hospice of Michigan, St. Mary Cathedral Schools, or the International Myeloma Foundation through the Nelson Funeral Home.