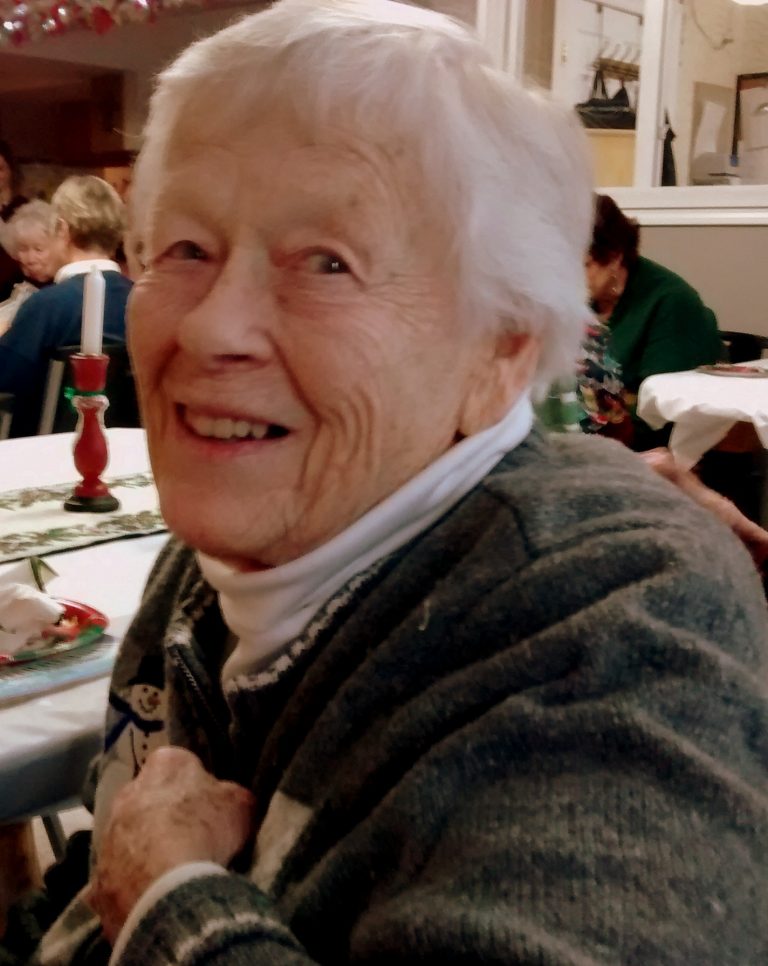 Shirley Anne Kettlewell, age 92, slipped peacefully and painlessly into eternity on Sunday, February 10, 2019, with many loved ones at her side.

Shirley was born on July 15, 1926, to Manford and Mabel (Musgrave) Watt in Port Austin, Michigan. She spent her childhood and young adult years in the thumb area, where she eventually met Arthur “Dale” Kettlewell, who stole her heart at a Friday night dance in a neighboring town. Shirley and Dale were married on January 28, 1951, and their life was further blessed by two children.

In the late 1950s, Shirley and Dale moved their family north to Gaylord, where they would spend the rest of their days, working tirelessly to build a life for themselves and their children. On June 15, 1977, Dale passed away, leaving an empty place in Shirley’s life and heart. She often remarked over the past four decades that not a day went by that she did not think of him and miss him.

Shirley was a lover of life. She loved nature, and found great joy in sitting outside watching the birds and listening to their songs, or taking a drive through the Pigeon River Forest just to marvel at the beauty of the forest itself and the critters that roamed there. But truth be told, nothing made Shirley smile bigger than a road trip to the Upper Peninsula ~ her happy place ~  where she spent the better part of her childhood at her Grandma and Grandpa’s farm, a precious memory which she spoke of often.

Shirley was preceded in death by her husband, Dale; her mother, Mabel Watt, and her granddaughter, Erin Lyn Kettlewell.

Shirley’s family gratefully acknowledges the staff at Woodland Acres in Gaylord for the love and care they offered to Shirley during her two-year stay with them, as well as sincere thanks and appreciation for the professional and personal attention given by the nursing and support staff of Hospice of Michigan. She was truly blessed by all of their presence in her life.

Shirley’s life will be celebrated on Friday, February 15, 2019 at the First United Methodist Church in Gaylord. Visitation at the church will begin at 1 p.m., with funeral services following at 2 p.m, the Rev. John Naile officiating.

Memorial contributions may be made to the Otsego County Food Pantry.