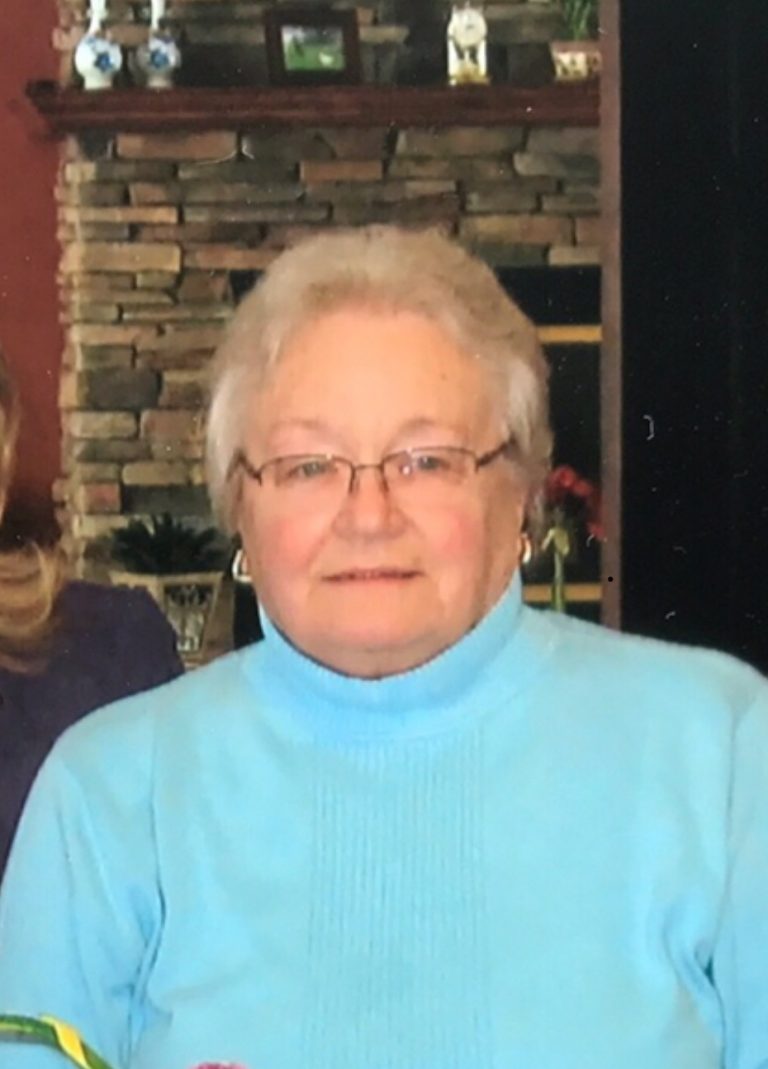 Joan Samalik, 87, passed away peacefully October 10, 2017 surrounded by her family.

Joan was born June 7, 1930 in Bay City Michigan to Harold and Eileen DePrekel.  After graduating from St. James High School, she married Lt. James Samalik (USAF) on September 2, 1950.  She had many interests and talents.  Joan lived overseas for many years and traveled extensively in post war Europe and the Middle East combining her love of travel, sacred art and history.  She was especially fond of Rome and the Holy Land.  Joan was a voracious reader, gourmet cook and talented artist studying oil painting in Germany.  After her husband’s retirement from the Air Force they returned to Michigan and eventually moved to Gaylord to her cherished cottage on Otsego Lake.

Joan’s greatest love was her Catholic faith which she was careful to instill in her beloved children and grandchildren.  She had a particular devotion to Our Lady of Perpetual Help and was a longtime parishioner at St. Mary Cathedral.

She is survived by her Sons, Michael (Nidia), Patrick, and David (Cari) and her grandchildren, Joann, Michelle, Matthew, Sam and Bindi, her sister, Nanette Callahan, and numerous nephews and nieces.

Joan is preceded in death by her parents, Harold and Eileen and her husband James.

In lieu of flowers, memorial contributions in Joan’s honor may be made to St. Mary Cathedral Catholic School.