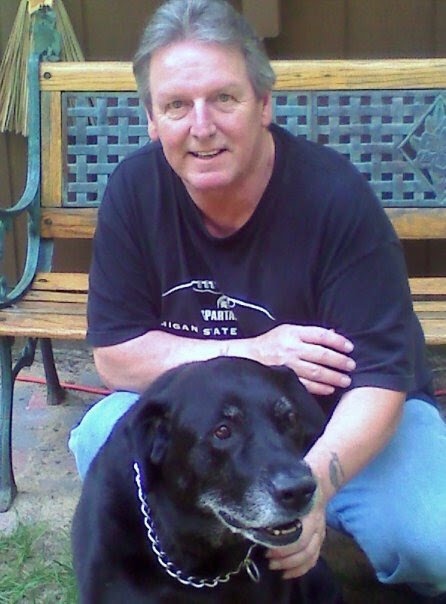 Russ was a tradesman and worked hard his entire life. His infectious smile and love of life, along with his ability to make a mean omelet, won him the hand of the love of his life, Debbie. They married in 1976. He brought to the marriage, his daughter, Stacie Ann, and together Russ and Debbie had two sons, Jeremy and Justin.

Russ and Deb moved to northern Michigan in 1994 and made Gaylord their permanent home in 2000.

Russ was a supreme storyteller, loved the woods and being outdoors, and was a practical joker with a terrific sense of humor. His love of golf is legendary, and outside of his family, nothing made him happier than being on the greens, with a club in his hand. Rock music was his forte, and he was a shark at cards and games. He was the kind of man who went without, so his children could have what they needed.

He will be deeply missed by all who knew and loved him.

In lieu of flowers, memorial donations may be made to your local animal shelter or St. Jude Children’s Hospital (click this link provided.)

2 comments on “Russell A. Whitmire”