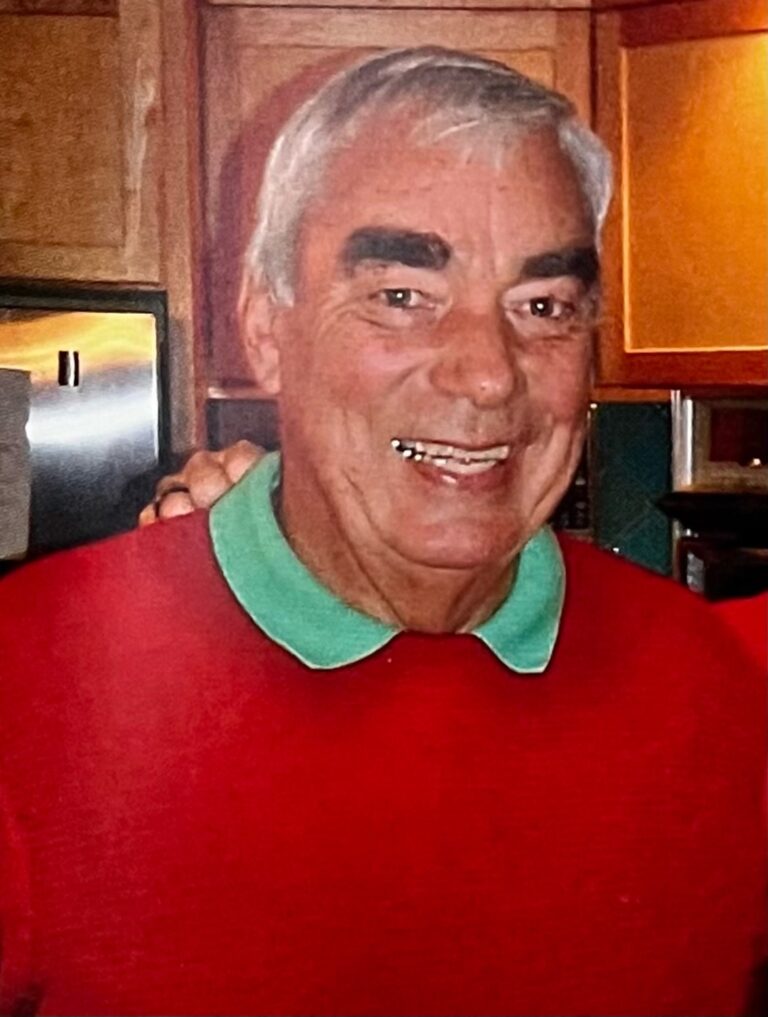 Robert P. McNamara passed away quietly at home, on January 9, 2022, surrounded by family.

“Big Mac”, as he was commonly known, lived a charmed and successful life. He was raised in Manistique, Michigan, by Clarence and Marie McNamara, along with three older siblings, Jim, Arlene, and Joyce. During those years, Big Mac enjoyed much success as a multi-sport athlete, for the Manistique High School Emeralds, gathering multiple all-state and all-UP honors in football, basketball, and track & field. Mac’s athletic success led him to Central Michigan College (University), where he earned “Little All American” honors, as a fullback and strong safety, on the 1955 and 1956 Chippewa football teams. More importantly, Mac met his wife, Dianne (Yuill) of Gaylord, MI, while attending CMU. Mac and Dianne shared a great 65 years of marriage while raising four children, Dr. Patrick McNamara (deceased 2009), Dr. Michael McNamara, Bobby McNamara Jr., and Julie (McNamara) Hintz.

Following his graduation from CMU, Big Mac served in the U.S. Army for two years, returning to Michigan to begin his career as a high school teacher and coach, in Flint, Michigan.  In July of 1968, Big Mac moved his family to Gaylord, where he subsequently purchased the John B. Yuill Insurance Agency, from his father-in-law, John Yuill. Mac built the successful McNamara Insurance Agency, which is now being run by the fourth generation of the family.

Mac had a passion for Gaylord and was an extremely active community leader, for over 40 years. He proudly preached the positives of Gaylord and instilled the same values of community acts of service, in all of his children and grandchildren.

The Gaylord community was very gracious to Mac, bestowing many honors throughout the years. The recognition that he cherished the most, was being named Alpenfest’s “Der Buergermeister” in 1994.

Athletically, Mac was inducted as a member of the prestigious Upper Peninsula Sports Hall of Fame, in 1999. Fastpitch softball was Mac’s other passion. Mac was considered one of the State of Michigan’s best pitchers, for several decades, even into his 60’s. He pitched until age 69, which completed 54 years of competition. Mac also refereed high school and college football, for 40 years, and was a huge advocate for local sports programs.

For those who are great distances away, or have COVID concerns, the family will be throwing a festive Irish Wake for Big Mac, in Manistique, Michigan, this summer (details to follow).

Memorial contributions may be made to the Dr. Patrick J. McNamara Fund through the Otsego Community Foundation, PO Box 344, Gaylord, MI 49734.