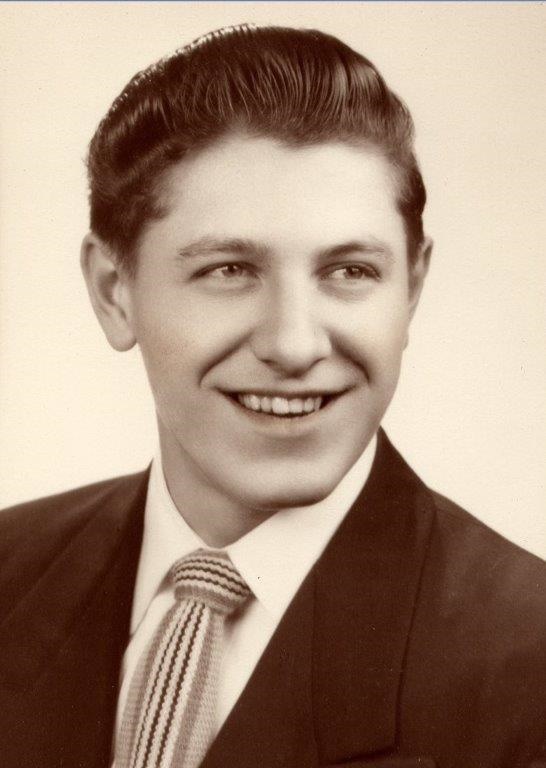 Robert was a kind, generous man and a loving husband and father. Service to God and his country were important aspects of his life, and he also loved to laugh. He was fond of many types of music but especially enjoyed Barbershop harmony and sang bass in local choruses and quartets.

He was raised on a farm near Richmond, MI, and then graduated from Denby High School in Detroit. Robert drove his Ford Model A to California to seek his fortune. His time on the coast was interrupted by a letter from Uncle Sam inviting him to join the Army where he served for 2 years at the end of the Korean War. Afterward, he returned to Michigan where he met and married Rose Marie Chereson, whom he remained married to for over 60 years. He attended MSU for his Bachelor’s, Masters and Specialist Degrees spending most of his career as a School Psychologist in Northern Michigan.

He and Rose raised four children while living in Gaylord. He was very active at Trinity Lutheran Church as an elder and member of the choir. He served for nearly 18 years in the Michigan National Guard at Camp Grayling. He introduced his children to the outdoors and taught them many things including the importance of hard work. After he retired, Robert became a more avid sports fan, cheering on the Spartans football and basketball teams especially.

He was preceded in death by his parents, siblings Eldon Dittman and Shirley (Andrew) Beck, and many beloved pets.

In lieu of flowers, memorial contributions may be made to Trinity Lutheran Church or to Disabled American Veterans.

To view the streaming service please click the links provided from your smartphone or tablet. (Additional software may be required to play these links from a laptop or desktop computer.)