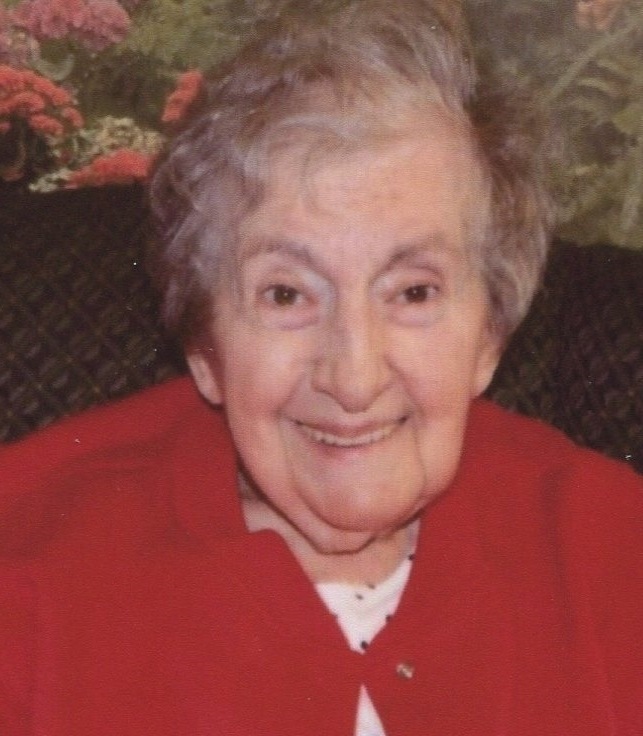 Margaret (Peggy) Richards, 90 of Gaylord, went to her Heavenly home on Friday, March 16, 2018 at Aspen Ridge Retirement Village of Gaylord.  She was surrounded by love.

Peggy was born on March 15, 1928, in Ecorse, Michigan to the late Joseph and Constance (Heide) Lesner. Peggy grew up in Ecorse with ten brothers and sisters. After graduating from high school, Peggy met Charles (Ed) Richards. They married and raised eleven children, eventually settling in the Waters area.

Peggy was well known in  Gaylord, she worked many jobs throughout the years but is best known for her social work with DHS. She volunteered for Hospice of Michigan, offering hours of comfort to those in need of loving support. After retirement, Peggy spent many hours with the St. Mary Cathedral Choir. Her most shining  moment was going to Rome with the choir to sing for the Pope.

Peggy was preceded in death by her parents, her husband Ed, her children, Eddie, Jane and Ruth.

Memorial contributions in Peggy’s honor may be made to Hospice of Michigan or Aspen Ridge Activity Department.