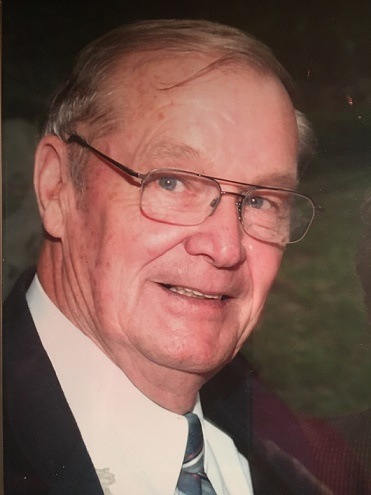 He was born in Calumet, Michigan on February 8, 1936 to Ralph J. and Hilda (Burkman) Hella. He graduated from Calumet High School in 1954. In 1958, he joined the United States Army and was stationed in the Panama Canal. In 1963, he joined the Michigan State Police Academy where he became a State Trooper until he retired from the Gaylord State Police Post on April 1, 1990. After retiring, he worked at A&L Iron in Gaylord.

Ralph married Judith (Damp) on May 22, 1965 at St. Thomas Episcopal Church in Trenton, Michigan. They were married for 44 years until her death in 2009.

Ralph is survived by his three children; Heidi (Michael) Willison, David (Lori) Hella, and Timothy Hella. He will be deeply missed by his grandchildren; Nicholas, Tyler, Zachary Willison, Hunter, Tara, Boone, Kylie, and Lucas Hella. He will be lovingly remembered by numerous nephews and nieces.

He was preceded in death by his loving wife Judith Lynn Hella, his parents, siblings Grace Janet (Baroni), and Carl Ralph Hella.

Memorial contributions may be made in memory of Ralph Hella to the Michigan State Troopers Assistance Fund (MSTAF) online at http://www.mspta.net/mstaf/donations/