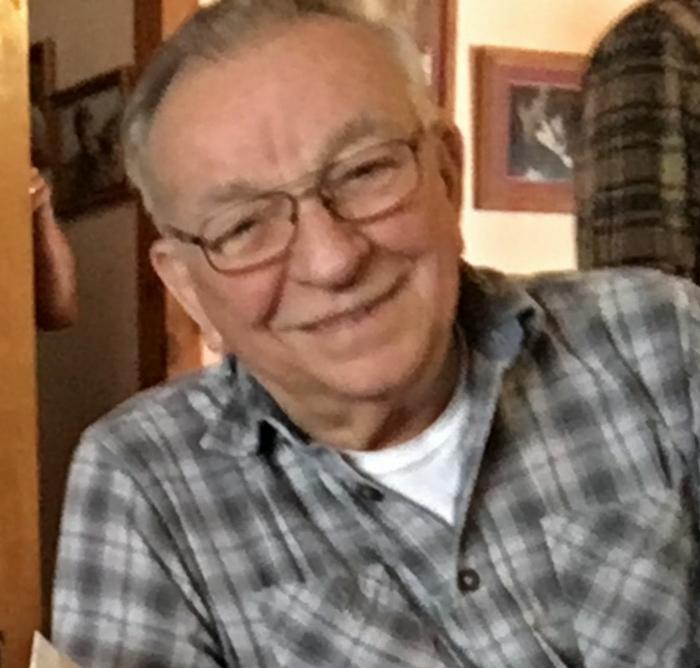 Clarence James Purgiel, age 81, passed away peacefully at his Gaylord home with his family at his side on Sunday, July 30, 2017.

Clarence was born to Albert and Helen (Hincka) Purgiel on September 5, 1935 in Detroit, Michigan.  The Purgiel family moved to Posen, Michigan where his Dad took over the family farm.  Clarence was raised with his 11 siblings working their dairy and potato farm.   He met his wife Katherine (Dolly) Haske from Rogers City where they married on September 17, 1955 and started their family.   A short construction career was followed by 7 years sailing the Great Lakes working for Bradley Transportation.

Clarence and Dolly moved their 6 children to Gaylord in 1965 and completed their family with 2 additional children. Clarence went to work for US Plywood Corporation and worked as Shipping Foreman for many years.  He retired in 1996.

He was very active within St. Mary Cathedral Parish where he was an usher, Eucharistic Minister and bingo chairman for many years.  Clarence was inducted into the Great Lakes Maritime Hall of Fame in 2008. Clarence really enjoyed gardening and polka dancing.  His ultimate joy, however, was spending time with his family (that’s our story and we are sticking to it!).

He was preceded in death by his parents, a sister, a brother as well as three daughters Helen and Susan Purgiel, and Monica Pasternak.

Clarence passed on a legacy of working hard, enjoying life and his belief in God all of which were instilled in his descendants.

A Mass of Christian Burial will be held on Wednesday, August 2, 2017 at 11 AM from St. Mary Cathedral in Gaylord.

Visitation will take place at the Nelson Funeral Home on Tuesday, August 1, 2017 from 4 PM – 8 PM and at the cathedral on Wednesday beginning at 10 AM until the time of service.

Memorial contributions in his honor may be made to St. Mary Cathedral Schools.