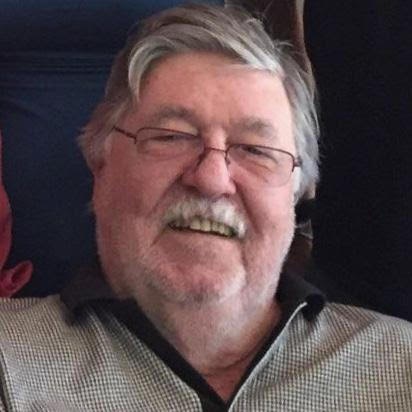 Philip Martin Andrews, 84, of Gaylord, passed away on Monday, April 13, 2020.
Born in Detroit on February 9, 1936, he was the son of John and Marie (Porte), Andrews.
After graduating in 1954 from St. Mary’s High School in Royal Oak, MI, Mr. Andrews started his career as a “repo-man” at GMAC (General Motors Acceptance Corporation), and worked his way up the ranks until his retirement as a control branch manager in 1995, and became a 25-year resident of the Michaywe community in Gaylord.
He was a member of St. Mary Cathedral parish and the Gaylord Elks Lodge #2544.  Phil loved to travel, and his hobbies included golf, bowling, and watching Fox News with his dog, Amy, with a martini in hand.
Mr. Andrews is survived by his children, Phil (Jodi) Andrews II, Diane (Dan) Besson, and Dan (Ramona) Andrews; his grandchildren, Andy, Sydni, and Kaci; his brothers, John and Jim Andrews; his longtime companion, Anne Marr; his ex-wife, Ginny Andrews; and his dog, Amy.
He was preceded in death by his son, Kevin Andrews, and his brother, Al Andrews.

Per his wishes, cremation has taken place, and the family will host a memorial gathering in Gaylord this summer. For updates and details, continue to visit this website.

His ashes will be buried next to his son in Milwaukee, WI.
Contributions in his memory may be made to Puppy Dog Tails, or Reese (Otsego County) Animal Shelter, in Gaylord.