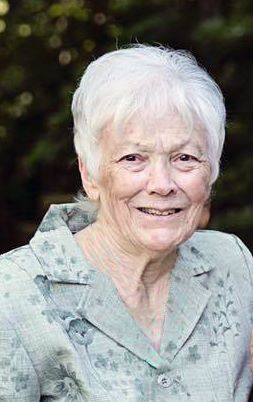 Norreta Elaine Ramsey, 81 of Gaylord passed away on Tuesday, October 9 at home with her family.  She was born in Snover, Michigan on July 4, 1937, the daughter of Clare and Audrey (Philpot) Dorman.  Norreta grew up on her family farm in Snover, Michigan with sister Wilma (Robert) Mavis, and brothers Eugene (Peggy) Dorman and Kenneth (Carol) Dorman.

In 1990 they moved back up north to Gaylord, Michigan to be near their children and grandchildren.  Upon moving to Gaylord, Cloyd and Norreta built and operated the West Park Apartments.  Norreta enjoyed helping Cloyd with mowing lawns, cleaning apartments, as well as doing landscaping.

Norreta was very family oriented and spent most of her time with her children and grandchildren.  She always enjoyed the babies and rocking them and taking care of them.  She was also an active member of the Community of Christ Church.

In lieu of flowers donations can be made to Hospice of Michigan or the Community of Christ church in Norreta’s memory through the Nelson Funeral Home.