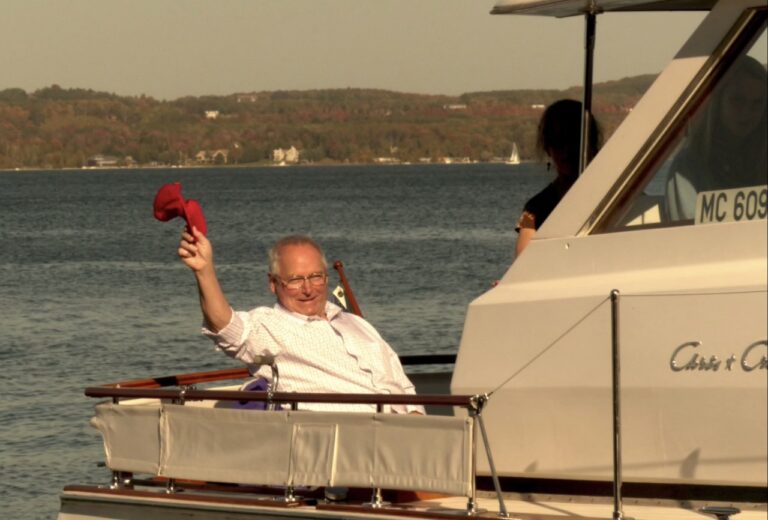 He was born on December 8, 1941, in Detroit, Michigan, to William and Muriel (Long) Bales.

Mike’s time on earth ended the same way it started: quietly battling challenging health hurdles. As a young boy, Mike contracted polio and spent months in a polio ward, a time that shaped who he became as a man. He said of this challenge, “I was lucky; so many others were not.” Lucky being his description of his lost quad muscles on one leg, leaving him with a life-long limp and risk of falling whenever his knee was not locked with weight on his ‘bum-leg’. How did he manage? He was determined to live a normal, hardworking life, and he did. His time here ended in his 80th year, battling a surprise diagnosis of lung cancer.

Stoic is not even close to describing how he managed his conditions. Not even one complaint! Always smiling and so eager to meet his Savior. After a healing hug from Jesus, Mike will be off to meet with family including his dad, William; mom, Muriel; and son, Kelly. Mike loved genealogy, so he is thrilled to really see the family tree now.

Talented and hardworking, he earned a living, contributed, and provided from an early age in Royal Oak, Michigan until forced into early retirement in Charlevoix, Michigan from Post-Polio Syndrome. A career path of a humble hard-working man he had many career ventures including; being a newspaper delivery boy (10-yrs old), a busboy at Elks club, stocker corner grocery store, print-binder working with his father, snowmobile repair, plumbing & heating technician, building trades, oil delivery truck driver, and a cement plant (labor to quarry truck driver, 59-yrs old).

Hobbies and interests included: boy scouts, going camping with “the boys” (1950’s and 60’s gang), snowmobiling, family reunions, travel “RV-ing”, boating thanks to his “bag of quarters” (overtime bonus at the cement plant), cooking, including his famous Ribs and BBQ sauce, and being a master of camp breakfast. Photography, woodworking, music, NASCAR, turning five $2 bills into a $100 bill (ask the grandkids), and then, over the last several years, his beloved “shop” and toy cars. Sharing shop time with sons Keith and Kelly, they worked on his Prowler and then his 1938 Ford 60 pickup truck. He coached other family projects including Jeep Grand Wagoneer, Ford Mustang, Chris Craft boats, and anything else needing wrenching and storytelling.

There will be a celebration of life held at the Charlevoix Community Reformed Church on Monday, July 18, 2022, starting at 12:00 p.m. with visitation beginning at 11:00 a.m. A luncheon will follow the service.

Mike’s ashes will be spread at Greenwood Cemetery in Petoskey at a later date.

His family is committed to keep smiling, as Mike did, until the beginning of his eternal life.