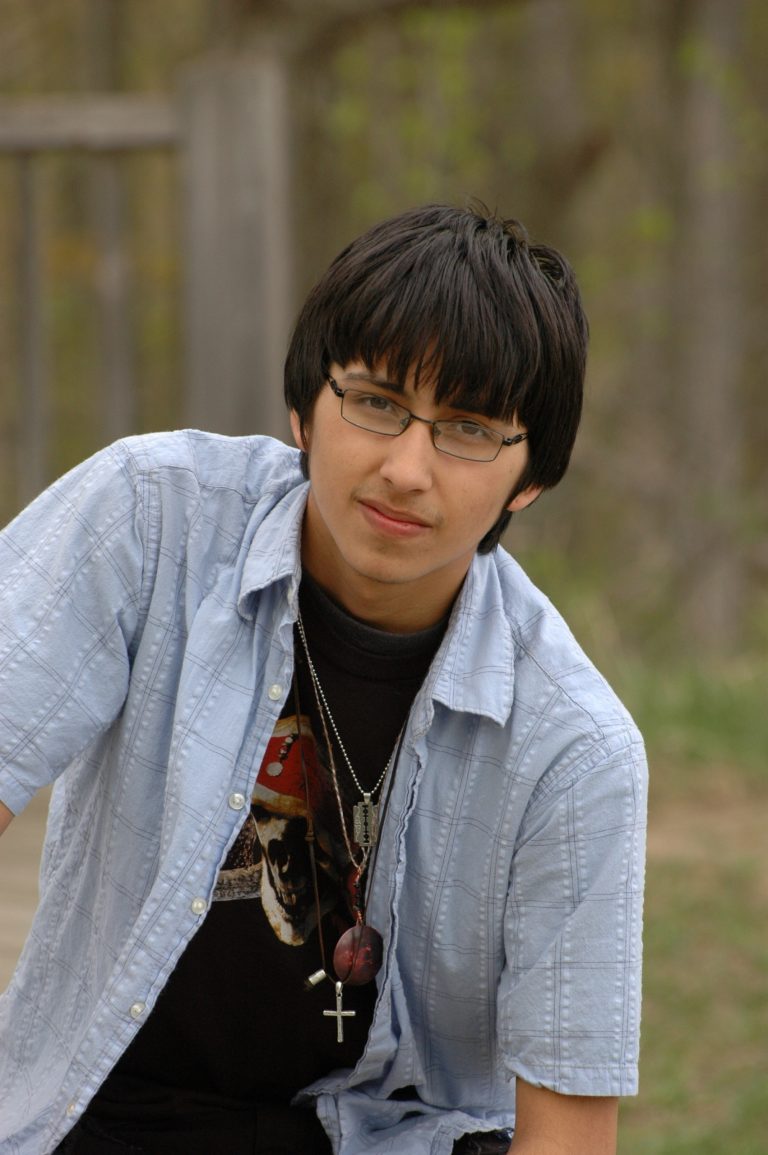 Michael attended Harbor Springs Public Schools and graduated in 2012.  He was an avid reader, and enjoyed writing.  During his Junior High School years, he wrote a short story and received recognition through the Crooked Tree Arts Council as a 2nd place winner of a writing contest.  The story Michael wrote is titled, “The Way of the Ninja”.  He also participated in the high school play, ‘Flowers for Algernon’ during his senior year, playing the part of the “father”.   Included in the play program, are the ‘Stage Whispers’, where Michael is quoted, “I’ve always wanted to join the theater as I love all forms of art, including playing the piano. I admire Alysson White-Gl`uz who has a beautiful voice and a morally correct band.  She actually participates in what she believes. My goal is to be a writer or a biologist.” He also performed in ‘Count Dracula’.

Michael was said to be a polite, gentle hearted, kind spirited person.  He always looked out for those younger than him and watched over and helped children.  His heart was good that way, and that’s what drew people to him.   Michael worked for the Odawa Casino Resort at age 16, for one summer. He was also employed by McLaren Northern Michigan Hospital and Subway of Petoskey during his short time here with us.

Michael was also a citizen of the Little Traverse Bay Bands of Odawa Indians.  He participated in many cultural events, such as the Goonignebig (Snowsnake), of which he medaled in several times.  He also participated in pow-wows, both as a dancer and as a spectator.  Michael was also one of the very first students in the Harbor Springs Public Schools to participate in Anishinaabemowin class offered in conjunction with the tribe.  At this time, the students put on a skit in the Odawa language.  Michael was very proud of his culture and ancestry.

Michael was preceded in death by his paternal grandparents, John and Mary Keshick.

A graveside service will be held at 11:30 a.m. on Wednesday, May 22, 2019 at Greenwood Cemetery in Petoskey, Michigan.  Michael will be laid to rest next to his Nokomis-ba, (grandmother, who’s no longer here) Mary Keshick.  A sacred four day fire for Michael’s journey was lit on Wednesday, May 15, the day he passed, at the family residence in Harbor Springs, Michigan.  Memorial donations can be made to his mother, Theresa Keshick, in his name.