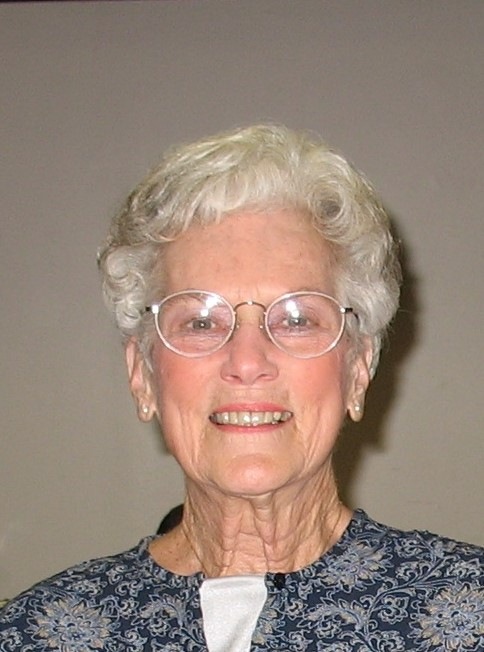 Mattie Lee was born on January 12, 1928, in her parent’s home in Hallock, a former Otsego County pioneering town between Gaylord and Elmira. Mattie Lee’s parents were Clarence and Margaret (Justice) Buckler.

Mattie Lee grew up in the years after the depression, but never mentioned that the family was in need of anything. They lived on a small farm with gardens, a cow, chickens, and neighbors who shared what they could.  Mattie often spoke of childhood memories, walks of a mile or more, with her siblings, to visit neighbors and the adventures they would have on the way.

Mattie worked in Gaylord as a bookkeeper during high school, which turned into her life’s work until she retired at the age of 80. In the early 1970s, Mattie Lee started her second career as a realtor. She eventually owned a RE/MAX franchise and later started her own company, Townsend Associates. Mattie Lee loved showing properties and helping people find their dream home, vacation home, or land to build on. She became friends with many of her customers and was a top-selling realtor for several years.

Mattie attended Gaylord First United Methodist Church most of her life, and for many of those years was a soprano in the church choir. She and her mother often helped with the annual church bazaar. She was a 4-H cooking instructor for several years.  Her daughter and friends always had a good time in the kitchen, while her son, Kevin, was the taste tester. Mattie Lee was elected to the Gaylord School Board and served for a total of eight years.  A number of those years she served as president, enabling her to present her daughter, Karen, with her diploma at her 1975 high school graduation.

Mattie Lee was a board member of the State Girl Scout Council for several years. She was also a hospice volunteer and would sit and comfort families, overnight, if necessary. Mattie Lee took a People to People trip to China in 1980. Upon her return, she shared her adventures with family and friends via slide shows. Mattie lived her life in Gaylord and only moved to Traverse City in the last few years to be closer to her daughter. Later in life, she traveled to Florida during the winter months and loved to spend the day on the beaches of Anna Marie Island.

Mattie Lee was married to Raymond Townsend for 48 years, until his death in 1996.

Mattie Lee will be greeted in heaven by her parents; her husband; her sister, Betty Keeslar; her brother, James Buckler; her brother-in-law, Fred Peabody; her son-in-law, Mark Gleason; and her sisters-in-law,  Lydia Buckler and Nila Buckler.

Family gatherings were always a highlight in Mattie’s life. Many years ago, her brother, Clayton, contributed the following to a family recipe book: “The favorite recipe found at the Doremire-Buckler dinner table consists of the following ingredients and cannot be found anywhere else: family, conversation and plenty.”  All of her family understands that phrase perfectly.

A family memorial service will be held later this summer.