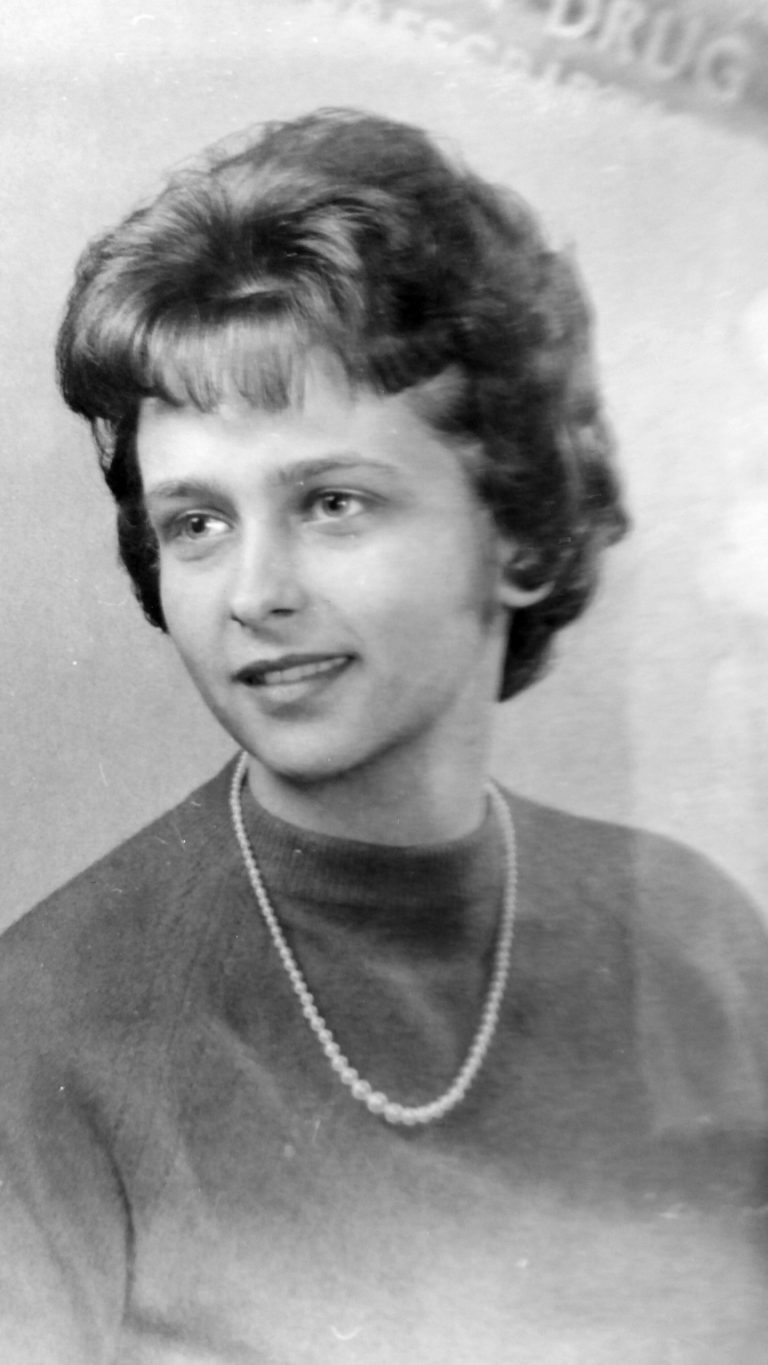 Mary Niedzwiecki, 75, passed away peacefully February 14, 2019, with her devoted husband, Gene, by her side. Mary was the 4th of 6 children of Hamilton and Clara Pennell.  Mary was born in Bay City, MI on September 26, 1943.  She graduated from Bay City Central High School in 1961.  Mary married the love of her life Eugene Niedzwiecki, on July 13, 1963, and they were happily married for 56 years.

After completing nursing school at the Bay City School of Practical Nursing, she practiced nursing for nearly 50 years. When Gene finished pharmacy school at Ferris State, they moved to Gaylord, MI, aka “God’s country”, to raise their family.  Mary founded Hospice of The North in 1982, which was the first hospice in Gaylord, MI. Mary was awarded the Citizen of the Year by the Fraternal Order of Police on behalf of the city of Gaylord because of her hospice work.

Mary provided daycare to dozens of children in Gaylord. Mary’s nursing career concluded as the head nurse at the practice of her longtime friend, Dr. Roy Boyer, MD. Upon retiring from nursing, Mary operated the local GNC store, a business she and Gene owned for 19 years.

Mary loved Gaylord St. Mary Cathedral and Schools, and being a part of their faith community.  In addition to teaching CCD for St. Mary’s, Mary served on multiple committees at the church. Mary was a member of the church choir for several years. Mary was an active member of the Daughters of Isabella, Our Lady of Grace Circle #911 for more than 40 years, serving several times as Regent. Mary was a Brownie/Girl Scout troop leader for several years, and she served on the City of Gaylord’s planning commission.

A funeral mass will be celebrated Tuesday, February 19, at St. Mary Cathedral at 11:00 am with a visitation beginning at 10:00 am.

Memorial contributions in her honor may be made to Munson Manor Hospitality House or St. Mary Cathedral Schools.