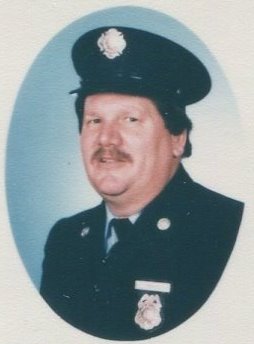 Dennis was born in Wayne, MI on July 11, 1946, the son of Harold & Phyllis Marshall.  He had lived in Johannesburg for the past 31 years and prior to that time had a seasonal cabin in the same area.

He retired as a Captain on the City of Westland Fire Department, after 23 years of service.  Prior to that he served on the Inkster Fire Department for 2 years.  He began his career as a meat cutter and managed the meat department at Fil-Mar Foods, also in Westland, MI.

He was appointed as a Court Officer at the 18th District Court in Westland, MI in January of 1975, a position he held until his passing.  He was also an agent at Don’s Northland Real Estate in Gaylord, one of his many part-time jobs.

Dennis enjoyed the outdoors and had a passion for hunting and fishing.  Most important in his life was family and friends, and he especially loved spending time with his grandchildren.

He was a member of Johannesburg Christian Church, Michigan Bear Hunters Association and Safari Club International.

A memorial luncheon honoring Dennis will be held Saturday, October 21, 2017 at 11:00 a.m. at Charlton Township Hall in Johannesburg, MI.

Contributions in his honor may be made through the Nelson Funeral Home, PO Box 1548, Gaylord MI 49734 to the following charities: