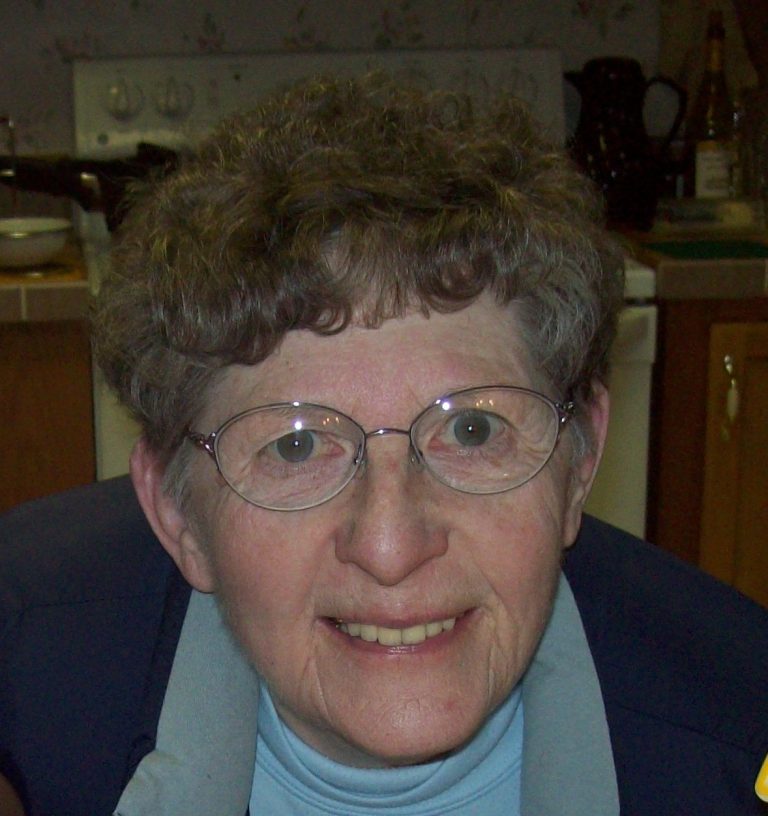 Marjorie “Marj” Leonard, 84, of Gaylord, passed away Monday, January 28, 2019 at Aspen Ridge in Gaylord.  She was born in Detroit on February 19, 1934, the daughter of William and Flora Bramwell.  She was especially close to her dad who nurtured her interest in sports.  Marj’s love for sports inspired her to major in physical education at Michigan State University.  At that time, there were not many female sports offered.  She decided to try fencing and competed her entire four years at MSU.

Marjorie later obtained her Master’s degree at Eastern Michigan University and started her career teaching in the Detroit area and then Cheboygan.  A blind date with Bobby Leonard, set up by mutual friends, led to the couples wedding on May 24, 1958.

As a kid, Marj spent many days at her family’s Gaylord cottage and it was her dream to teach in Gaylord.  In 1972, she secured a job in Gaylord at Gaylord Middle School, where she taught for over 20 years.  During this time her passion was coaching girl’s volleyball and track at both the high school and middle school level.  She remained active attending and volunteering at the school’s athletic events after she retired.  She also kept her grand-daughters busy with non-stop activities and fun.  In 2009 she was the recipient of the Distinguished Service Award from the Greater Otsego Sports Hall of Fame.  And the following year she was named “Woman Making History” by the Gaylord Branch of the American Association of University Women.

Marj is survived by her daughter Lee and her grand-daughters, Kaylee and Kenzie.  She was preceded in death by her husband, Bobby and son, Dave.

Memorial contributions can be made to Guardian Gals (Gaylord).