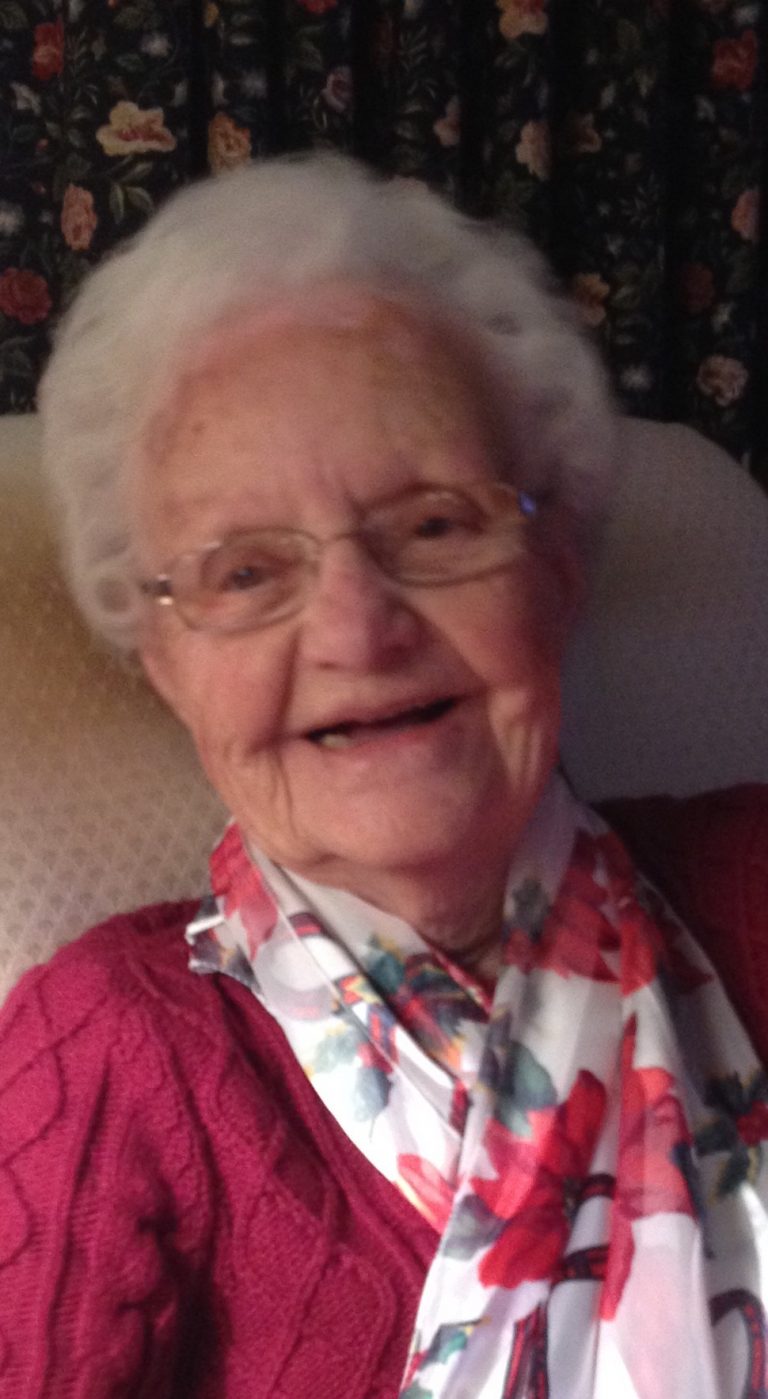 Marjorie Muriel Glasser, age 100, of Gaylord, went to be with her Maker on Saturday, November 28, 2020, at Aspen Ridge Retirement Village.

Marge was a longtime member of the First United Methodist Church in Gaylord and served as a community volunteer for many years.  She was also a member of the Order of Eastern Star and was heavily involved in the planning of the first Alpenfest, on the queen’s committee, in the 60s.  Marge and her beloved husband of 65 years, Clare P. Glasser, traveled extensively throughout the United States and the world.  In the mid-1980s, they began to winter in Florida and did so until Clare’s death in 2003.  Never caring much about the family dogs, it became necessary for Marge to assume the responsibility for Clare’s dog, Molly; whom she came to adore and finally became a dog lover, late in life.  Marge was an accomplished bridge player, love to entertain, and was famous for her homemade cakes and pies.  She was a devoted mother, grandmother, and great-grandmother, leaving priceless memories for each.

She was preceded in death by her husband, Clare, and daughter, Sharon Glasser-Myers, as well as brothers, Emory Welsh and Donald Welsh.

Memorial contributions may be made to Hospice of Michigan or the First United Methodist Church, through the Nelson Funeral Home, PO Box 1548, Gaylord MI 49734.

Friends may offer their condolences online at www.nelsonsfuneralhome.com