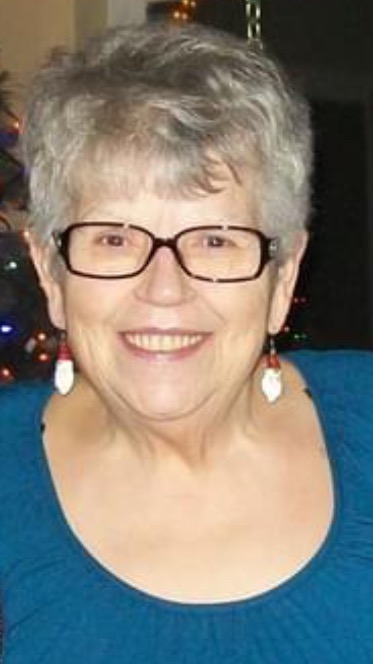 She was born on January 18, 1942, in Detroit, Michigan, to Charles and Helen (Affholter) Winzer and was the youngest in her family with four siblings.

While working in Farmington with her Shirley, she met Shirley’s brother and soon and married the love of her life, Robert Henry Byrne. She loved working at the orphanage and caring for babies and shortly after their marriage, they started a family of their own. In February of 1968, Robert’s job brought their family to settle in Gaylord, on Hayes Tower Rd., where she would reside for 32 years before moving into town.

Many of the hobbies Marion had throughout her life brought overwhelming joy and comfort to others. Whether she was knitting hats for Veterans and new babies or teaching crafts to nursing home residents, Marion was always happy and honored to meet new people and invite them into her family. Although she was the mother, and honorary mother, of three and grandmother of six, she openly invited anyone and everyone to call her mom/grandma and provided a loving environment to so many through the years.

Marion had a strong Catholic faith and her love of Jesus Christ, her lord, and savior was the center of her life. She was a sincere prayer warrior in the community. Marion was a lifetime member of Our Lady of Mount Carmel Fraternity of Secular Franciscan Order and was professed in October of 1983.  A few of the other organizations she was a part of included the VFW Post 1518 and the Gaylord Fraternal Order of the Eagles.

Marion’s positive attitude, contagious laugh, and beautiful smile that could light up a dark room will truly be missed by all who knew and loved her. She was our angel on this earth for so many years and it was finally time to share her with the angels in heaven.

She was preceded in death by a brother, Fred Winzer; her parents, Charles and Helen Winzer; and her beloved, husband Robert Henry Byrne.

In lieu of flowers, memorial donations may be made to VFW Post #1518’s Construction fund for the building of Post #1518. Checks can be mailed to PO Box 1826, Gaylord, Michigan, 49734, with “Marion Byrne Construction Fund” in the memo line.