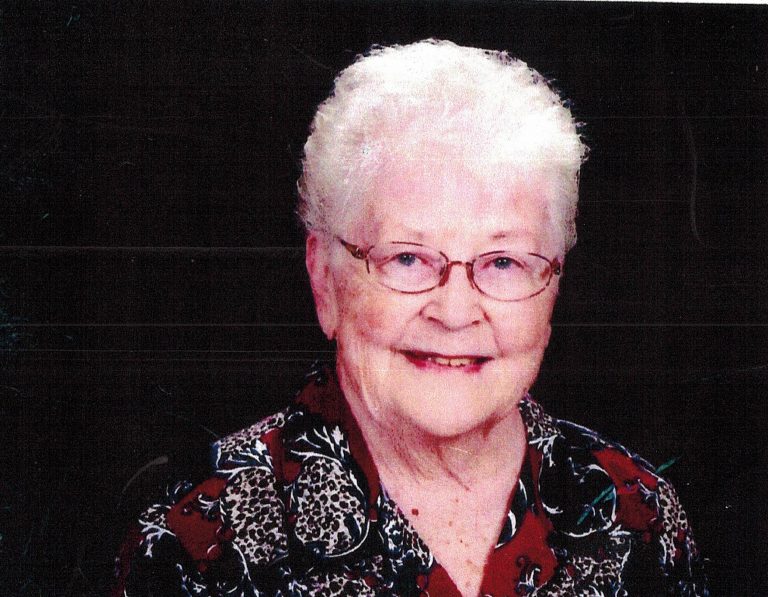 Peggy moved to Fowler, Michigan, when she was very young, and graduated from Fowler High School in 1953.

She married her first husband, Leon L. Pung of Fowler, MI on April 14, 1956, and together they raised seven children.

Peggy moved to Gaylord, MI in 1970, where she was the bookkeeper for Kowatch & Pung Builders and worked for the Diocese of Gaylord from 1972 until 1997. She was the CSA secretary for four years and the executive secretary for Catholic Human Services for 21 years. She received an associate degree from North Central Michigan College in Petoskey, MI in 1993. In addition to all of the work she did for the community, Peggy also coordinated the Otsego County GenWeb site for ten years between 2002 and 2012.

Peggy enjoyed gardening, crocheting, sewing, and exploring her genealogy. She would often go to the casino, play bingo, and was proud to be a 4-H leader for many years.

A Memorial Mass will be held on Saturday, April 17, 2021, at 11:00 a.m. from St. Thomas Aquinas Church in Elmira, MI, with visitation beginning at 9:30 a.m. The burial will be held in July during her family’s annual “Christmas in July” celebration. Her final inurnment taking place at Resurrection Cemetery in Vanderbilt, MI, next to her late husband Leon.