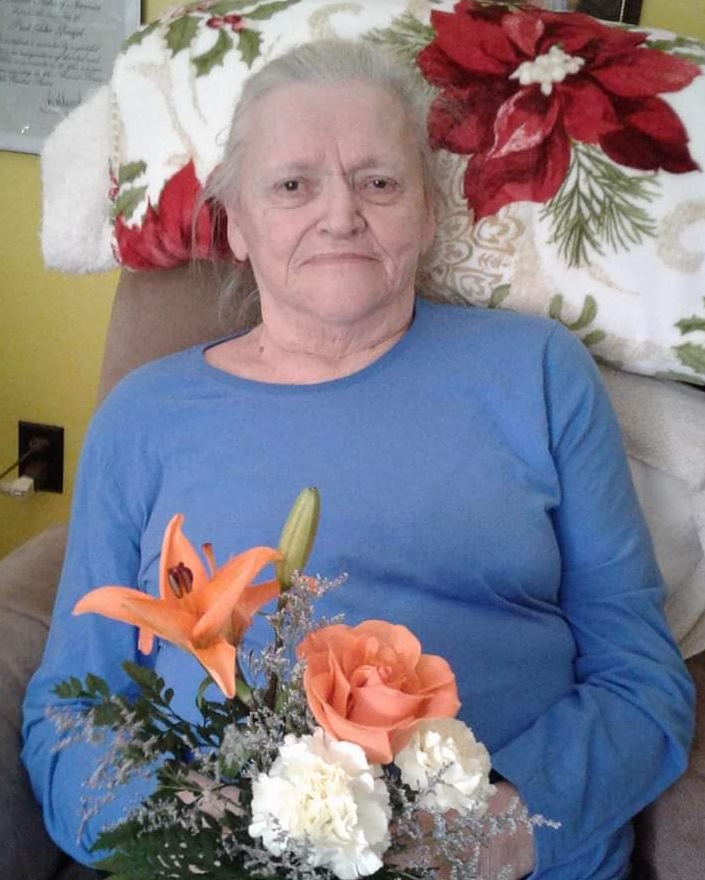 Marie “Mary” Jaruzel, age 83, of Gaylord passed away at Munson Healthcare Otsego Munson Hospital on June 9, 2019.
Mary was born to Joseph and Margaret (Stryzinski) Lewandowski on March 27, 1936, and lived in Gaylord her entire life.
In October 1953, she married Robert Jones, Sr. At age 25, Mary became a young widow and single mom.
Mary was blessed to find love again and on May 7, 1966, she married Paul Jaruzel.
Mary worked at El Rancho Stevens as a baker and quickly became famous for her pecan rolls and many homemade desserts. She also worked as a housekeeper for many hotels in the local area. Mary loved to celebrate her love of music while dancing to the Polka Kings and never grew tired on the dance floor. She was very proud of her Polish heritage and Catholic faith. She had a routine every Sunday that included Mass on TV and a day filled with Polka music. Even though she could no longer dance, her toes always tapped to the beat. The beauty of Northern Michigan brought Mary much pleasure while she and Paul took leisurely drives throughout the county looking for deer and her beloved wild blueberries. She brought joy to any room with her laughter and smile and thrived on company and a good party! Her family was her pride and joy.
Mary is survived by her 4 children, Roberta (Ed) Tholl, Robert (Sue) Jones, Tim (Annette) Jones and Karen Jaruzel (Tonya Caverly); grandchildren, William, Matthew, Christopher and Danielle Tholl, Caleb Jones, Nicole, Steven (Tiffiney), Andrew and Samantha (Caleb) Joyce and Jessica Landry; sisters, Sophie and Jane, and many nieces and nephews.
She was preceded in death by her parents, husbands, Robert and Paul, son Jeff Jones, grandchildren, Hanna Jones and Joshua Jones; brothers, Benard “Bernard”, John, Edmund, and Casimer and sisters, Clara, Teresa, Regina, Nancy, Rita, and Irene.