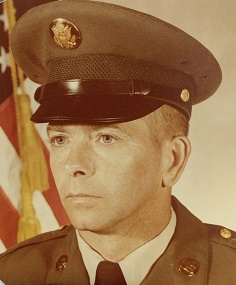 Larry was raised and attended school in Bay City, MI.

He married his childhood sweetheart, Ann, on September 26, 1964, together they raised two sons while living in Grayling, MI.

Larry was a patriotic man that served his country in the United States Army and committed his working career, as a mechanic, to M.A.T.E.S, in Grayling, MI. He was an uncle, cousin, and friend to many.

Larry was a kind and gentle soul who loved spending time with his family and friends. He enjoyed hunting and fishing and working on vehicles until he was unable to work anymore. He loved taking long drives, seeing the colors change in the fall, and loved spending time in his beloved, Upper Peninsula.

He is survived by his sons, Jake Haight of Grayling and Royal (Kristen) Haight of Grayling; grandchildren, Matthew Pittman and Magdalene Haight, both of Grayling, MI; and dear brother to sisters, Freida Bacca of Kawkawlin, MI and Viola Elwood, of Tennessee.

Larry was preceded in death by the love of his Life, Ann Magdalene (Yacks) Haight, and his parents.

The family is planning a memorial service at a later date.