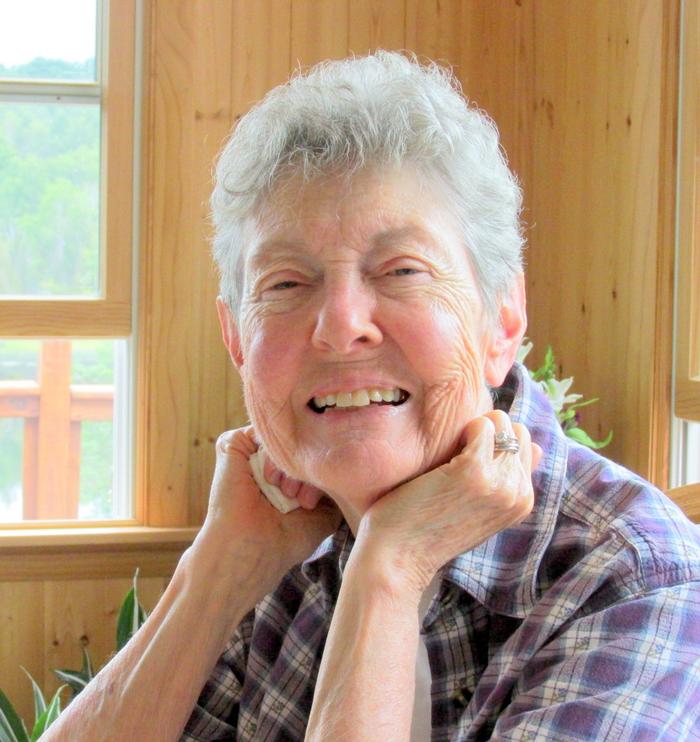 Margaret D. Lacker, age 83, passed away surrounded by her loving family on July 20, 2017 in Gaylord, Michigan.

She was born September 10, 1933 in Saginaw, Michigan to Garnet and Mary Donaghy (McBratnie) the fourth of five children. She grew up in Saginaw and graduated from Saginaw Arthur Hill High School in 1951.

Margaret married James Lacker on May 14, 1955 in Saginaw. The couple moved from Detroit to Gaylord in 1963 with their family of three small children. Margaret was the devoted wife of Jim, her loving husband of 62 years, and loving mother to her 3 children: Peter (Micki) of Dallas, Texas; Jenny Diebold (Rick) of Ellsworth, Michigan, and Tom (Cynthia) of West Chester, Pennsylvania. Margaret is also survived by six adoring grandchildren Katie, Rick, Karin, Courtney, Eric, and Isabel as well as 3 great-grandchildren. Margaret is also survived by 3 brothers, Ben, Fred and Tom Donaghy. She was preceded in death by her parents as well as a sister Gladys.

Margaret was a faithful and active member of the First United Methodist Church in Gaylord for 54 years.  She loved gardening, crafts, jigsaw puzzles, stamping and was the Detroit Tigers and Pistons number one fan rarely missing a game on TV or radio for over 30 years.

A memorial service will be held on Monday, July 24, 2017 at 11 AM from the First United Methodist Church in Gaylord.

Visitation will take place at the church on Monday beginning at 10 AM until the time of service.

In lieu of flowers, memorial contributions in Margaret’s name can be made to Mobility Worldwide.