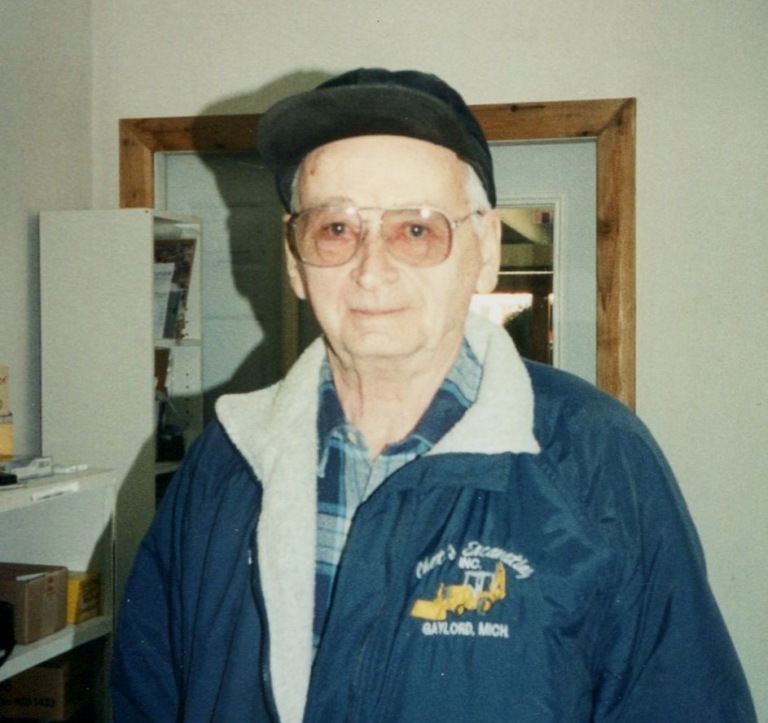 Chet was born to Isador and Mary (Szocinski) Kozlowski on March 13, 1925. A lifelong resident of Gaylord, Chet was a member of the Knights of Columbus, the Eagles, and the Northern Michigan Flywheelers. On October 23, 1948, he married Betty Jane Lobsinger, with whom he had seven children. In his spare time, he also enjoyed restoring John Deere tractors and gardening.

A Mass of Christian Burial will take place at St. Mary Cathedral in Gaylord on Wednesday, January 3, 2018 at 11 AM. Visitation will be held at the Nelson Funeral Home on Tuesday, January 2, 2018 from 12 to 8 PM with a Knights of Columbus rosary service at 6 PM. There will also be visitation held at St. Mary Cathedral from 10 AM until the time of service on Wednesday (January 3rd)

Contributions in Chet’s memory may be made to Hospice of Michigan. Arrangements were entrusted to Nelson Funeral Home and Cremation Service, P.O. Box 1548, Gaylord, MI 49734.