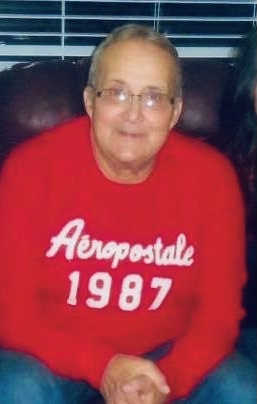 UPDATED SERVICE INFO: A graveside service will be held Thursday, June 30, 2022, at 11:00 a.m. at St. Thomas Cemetery, Elmira, MI. A memorial luncheon will follow, immediately after the services. Kenny’s only request to his daughter, Danielle, was that he wanted ‘good food’ to be served at his funeral.

Kenneth “Kenny” Walter Burdo, age 74, a man of many stories and endless humor, passed away on Friday, November 12, 2021.

Kenny was born on April 12, 1947, in Grayling, Michigan, to Walter and Pauline (Skibinski) Burdo. He was raised in Elmira, Michigan, attended Gaylord St. Mary’s High School and graduated in 1965. He then went on to complete a degree, in Welding, from Ferris State University, Big Rapids, Michigan.

On February 7, 1967, he enlisted in the United States Army to serve his country in the Vietnam War. SP-4 Rank, he was awarded the National Defense Medal, Vietnam Campaign Medal, Vietnam Service Medal and SPS-M16 (expert marksman). He returned from overseas combat on October 5, 1968, and was Honorably discharged on February 6, 1973.

After returning from the war, he returned to Elmira. He worked on the family farm, ‘Burdo Seed Farm’, alongside his father. Kenny later worked at US Plywood/Georgia Pacific, until they closed. He met Jacquelyn Lockman and married her on February 20, 1971. She is the mother of his four children.

Kenny was an avid hunter, trapper, fisherman, and loved his Detroit Tigers. He never missed his children’s school sporting events or band concerts. He continued the tradition with his grandchildren’s events. Kenny was known for his sense of humor and storytelling. He blessed his four children with the same sense of humor and the ability to laugh.

He was preceded in death by his parents; grandparents; aunt’s; uncles; cousins and friends. As an only child, his cousins and lifelong friends were his siblings.

A graveside service will be held in the Spring of 2022, at St. Thomas Cemetery, Elmira, Michigan. A memorial luncheon will follow, immediately after the services. Kenny’s only request to his daughter, Danielle, was that he wanted ‘good food’ to be served at his funeral.

“Dad, we will have a polish feast that will make you proud.”

Condolence messages and memorial contributions to the family can be made through the Nelson Funeral Home. 135 N Center Ave, PO Box 1548, Gaylord, MI 49734.