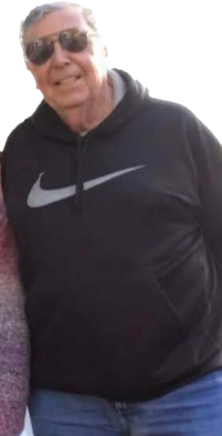 After graduating from Arthur Hill High School, he served overseas in the U.S. Navy, stationed onboard the USS Yorktown. While serving in the Navy, he met and married Laurel Hoffman.

Upon completing his service with the Navy, he and Laurel returned to Michigan and settled in Sanford, to begin his career at Consumers Energy. During this time, he attended Delta College and Saginaw Valley State earning his degree in business administration. He left Consumers after working there for 23 years, with increasing areas of responsibility.

Jon then joined Michigan Gas Company serving first as vice president and eventually being promoted to president. He was transferred to the parent company, SEMCO Energy Gas Company, and served as its president until retiring in 2002. After retirement, Jon served as the village manager for the Village of Lexington for several years. Jon moved to Gaylord in 2018 and resided there until his passing.

Jon enjoyed all things with the water and loved to spend his free time working on or relaxing on his boats.  He loved to spend his time vacationing with Laurel, and being with his children, grandchildren, and great-grandchildren. Though he was retired for 20+ years, he had a strong desire to help his communities. Whether it be as village manager or association president, he did this by providing leadership and financial acumen to help deliver more value to the residents and improve the communities.

Jon was preceded in death by his parents, and his sister, Patricia.

At this time, his family has chosen to remember him privately. A service for Jon will be held in the spring of 2023.

In lieu of flowers, contributions in memory of Jon may be made to the refurbishment of the Lexington Municipal Cemetery Chapel online a https://lexingtoncemetery.wixsite.com/mich/make-a-donation.