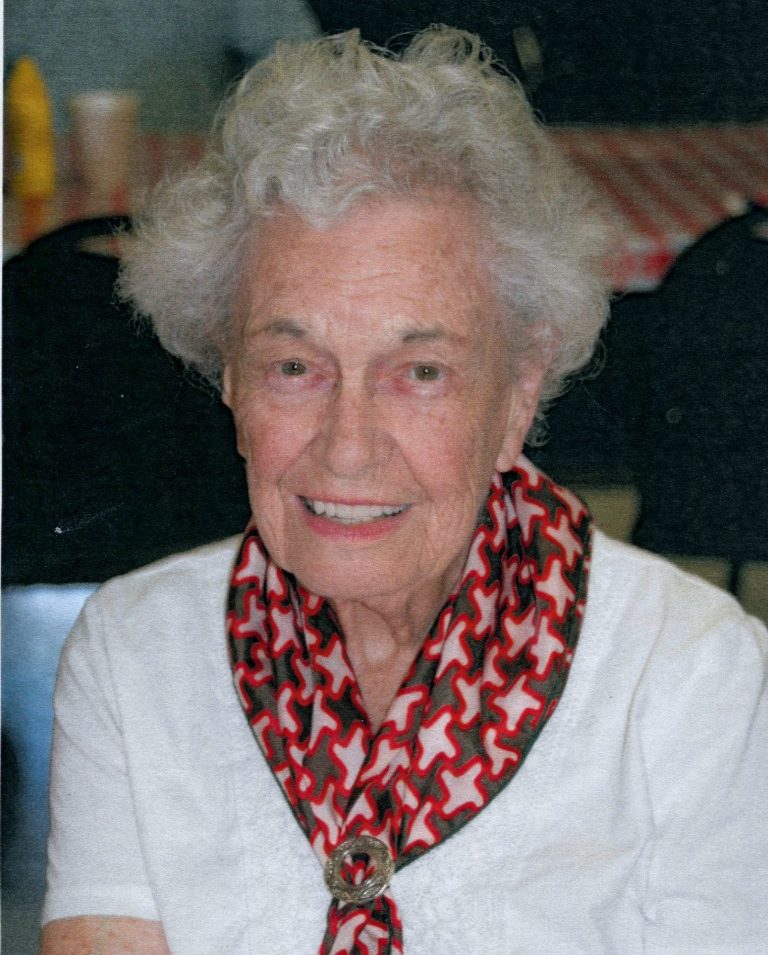 Mary Louise Johnson, 88, passed away at her home in Gaylord on Sunday, February 11, 2018.  Mary was born and raised in Detroit, the daughter of Victor and Helen Washburn.  She married Merl Ervin Johnson on November 6, 1948.

Mary is survived by their 3 children, Bill, Nancy and Paul and their spouses; two grandchildren, Alicia and Lisa; three great grandchildren, Layne, Elizabeth and Lyla; her brother, John and several beloved nieces and nephews.

Mary was preceded in death by her husband, Merl, her father and mother, her sister, Dorothy; her brother, David and her grandson, Cary.

Mary worked twenty years at Gaylord State Bank.  Mary and her husband Merl volunteered at the Food Pantry and Historical Society.  They were active members of the First United Methodist Church in Gaylord and services will be announced at a later date.

Memorial services will be held on Saturday, June 23, 2018 at 11:00 AM from the First United Methodist Church in Gaylord.

Contributions in honor of Mary Johnson may be made to the First United Methodist Church in Gaylord.