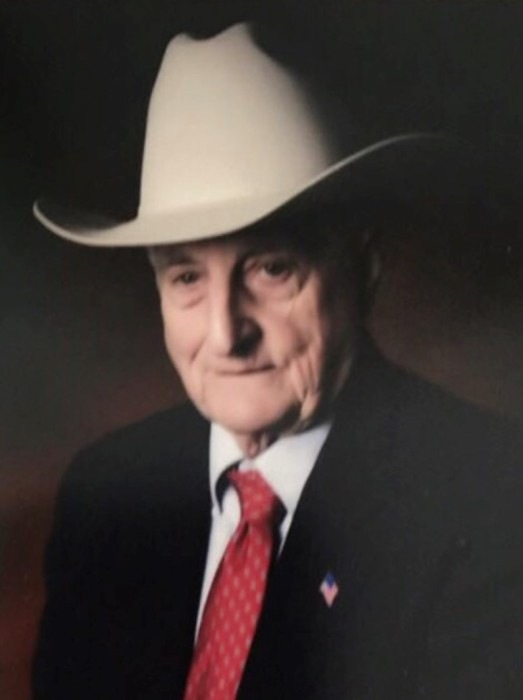 John Reginald “Jack” Deming, of Vanderbilt, passed away on Thursday, April 16, 2020, at the age of 92.
Jack was born on April 1, 1928, in the family home in the small village of Vanderbilt, just north of Gaylord, MI. Jack was the youngest sibling, with four older brothers, Paul, Howard, Hudson, and Jim and one older sister, Beth. There was a ten-year difference between Jack and the next youngest sibling. For a living, Jack’s parents, Howard and Grace (Sutcliffe) Deming, owned and ran the Deming Hardware Store in Vanderbilt.
Jack graduated from Vanderbilt High School in 1946 and enlisted in the United States National Guard at the age of 18. He was stationed in Grayling and Cheboygan, Michigan, which he served for a total of 14 years. Jack was a First-Class Supply Sergeant and his job duties consisted of supplying the military with arms and rifles for training purposes. Jack enlisted because he wanted to be of service to his country and was proud to wear his uniform. Being in the military also was how he met his wife, Laura Jones. He was stationed in Cheboygan at the time and attended a dance and noticed Laura and it was love at first sight.
In 1952, Jack took over his family business, Deming Hardware, Inc in Vanderbilt. Aside from working at the store, Jack and Laura had three children together; Jon, Michele, and Jim. Sadly, his wife died at a very young age, so Jack raised his three young kids by himself, with the youngest, Jim being three years old. Jack became the best family man you could imagine and then started becoming extremely involved in his community.
From 1964-1984, Jack served on the Vanderbilt Village Board, including a number of terms as President. He also served 14 years as a member of the Otsego County Fair Board, with six years as President. During his tenure, he was instrumental in reviving the event and expanding the fairgrounds area. Jack was also a longtime member of Rotary, where he was elected President in 1984 and was awarded a citation form Rotary International for his exemplary service. He was awarded a Paul Harris Fellow which was an extreme honor to receive.
Jack and his son Jon, eventually opened up a second family hardware store in Gaylord. Jack was so involved with his community that he was a strong spokesman on behalf of small business interests at the local and state level. In 1987, Jack was selected as Burgermeister, honorary Mayor of the Alpine Village during Alpenfest! Until the date of his passing, he was the oldest living black coat Burgermeister.
Aside from Jack’s interest in the community, he was also known for his cooking abilities. He would serve 5-6 course meals for his guests and would dirty up every dish in the kitchen. He also loved photography where some of his work was published on the pages of the newspaper. Jack loved horses and owned six Clydesdales that he would show. He wasn’t much into riding as he had more of an interest to feed the show animals.
Jack Deming will be remembered for his trademark cowboy hats, as well as having a servant’s heart for his community and for his pride in his family and grandchildren. He leaves a lasting place in the hearts of many and today he passes that baton to those that he loved to continue to care for the communities they serve.
Jack is survived by his three children: Jon (Terra) Deming, of Gaylord; Michele (Jim) Haeussler, of Saline; and Jim (Lisa) Deming, of Vicksburg; five grandchildren: Amanda (Sean) O’Guinn, Katie Deming, Michael (Ashlie) Haeussler, Elizabeth Haeussler, and Tucker Deming; three great-grandchildren: Carter, William and Jacob Haeussler; and several nieces and nephews.
A Celebration of Jack’s life will be held at a later date. Please continue to visit this webpage for updated service information.  Jack loved his community and in his memory, his family has established the Deming Family Fund of the Otsego Community Foundation to forever support his favorite local causes.
In lieu of flowers, contributions can be made to OCF-Deming Family Fund, P.O. Box 344, Gaylord, MI 49734 or visit https://give.otsegofoundation.org/demingfamilyfund