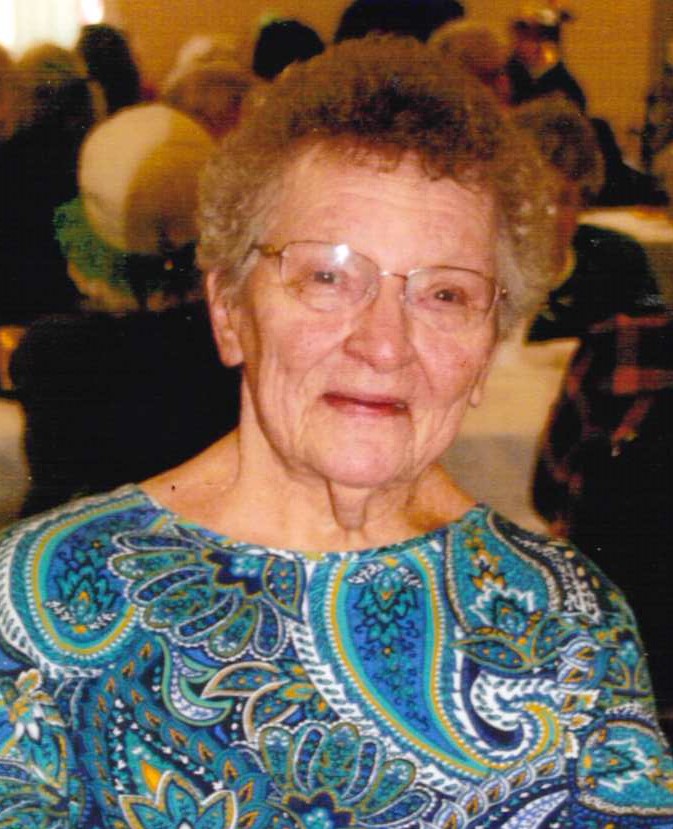 Joan was a talented homemaker and had several careers during her long life.

In 1968 Don and Joan moved to Vanderbilt, where they owned and operated Kidd’s Redwing until 1979. Joan then worked for Ford Hardware in Gaylord for many years.

Upon retirement, Don and Joan wintered in Zephyrhills, FL. After Don’s passing in 1995, Joan continued to live in Florida until returning to Gaylord in 2004.

Joan had many hobbies, including cake decorating specializing in wedding cakes, and sewing and upholstery work. She loved creating gifts for her grandchildren. Joan enjoyed big band music and dancing, trips to the casino, playing cards, entertaining family and friends, and traveling. Family was most important to her. she raised six children teaching them life lessons through scouting, skating, camping, fishing, hunting, sledding, and snowmobiling.