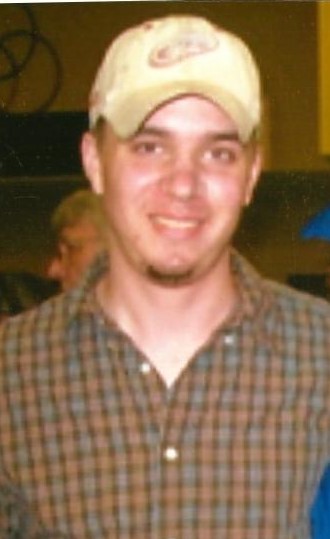 Jason was born in Gaylord, MI, to Ted and Marlene Dzwik.

Jason believed in exploring the various experiences life had to offer, even when that meant risking catching the wrong end of a golf club or pitchfork. With a quick, goofy wit, Jason had a knack for pointing out the humor in a situation and getting those around him to laugh.

He was a 2005 graduate of Gaylord St. Mary High School. Jason loved the outdoors and being in the woods. He especially loved deer hunting in Elmira with his dad, uncles, and cousins and helping teach his brother-in-law the ropes.

Jason was also sensitive and had a big heart for smaller and more helpless creatures. His black lab, Sally, continues to be a source of comfort to his family.

Jason adored his three nieces and four nephews. When they were babies, they would often be found sleeping in his arms, earning him the title “The Baby Whisperer.”

Jason was preceded in death by both sets of grandparents, Stephen and Sophie Dzwik and George, and Gladys Edberg.

He is survived by his parents, Ted and Marlene Dzwik; his sisters, Emily (John) Allasio and Kelly (Zach) Stout; his nieces and nephews, Sophie, Olivia, Johnny, Michael, Matthew, Ella, and Danny; as well as many aunts, uncles, and cousins.

In lieu of flowers, donations may be made to the St. Mary School Scholarship Fund or Athletic Department online at http://www.gaylordstmary.org/support/donate.cfm.