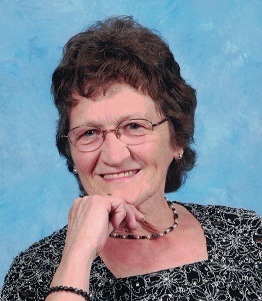 She was born the daughter of Alton and Margaret (McMillan) McNett on July 17, 1937.

She married the love of her life, Tommy Sanders, on October 6, 1956, and together they raised five children.

Janet was known for her infectious smile and zest for life.  She was small but mighty.  Most days she could be found at the Sportsplex where over the years, she walked more than thirteen thousand miles.  Janet volunteered throughout the community wherever and whenever she could.  She was everyone’s favorite lunch lady and a cheerleading coach at Gaylord Community Schools.  Janet had a love for Heart Lake where she and Tommy operated Hearts Delight Motel.  When Janet and Tommy were not operating the motel, they enjoyed traveling to Canada and the Caribbean.  Janet loved to sew and bake and loved using good old maple syrup.

She was extremely dedicated to her family, friends, and church.  Janet will be deeply missed by all in the community and beyond.

She was preceded in death by her husband; parents; stepmother, Jane, stepfather, Chuck; and sister, Joan Moran.

Janet is survived by her children, Charlie Sanders, Diana (Joe) Fernandez, Judy (Mike) Ford, Kenny (Kim) Sanders, and Scott (Heather) Sanders; 14 grandchildren, and six great-grandchildren, with one on the way.

A celebration of life will be held at Hayes Township Cemetery in May.