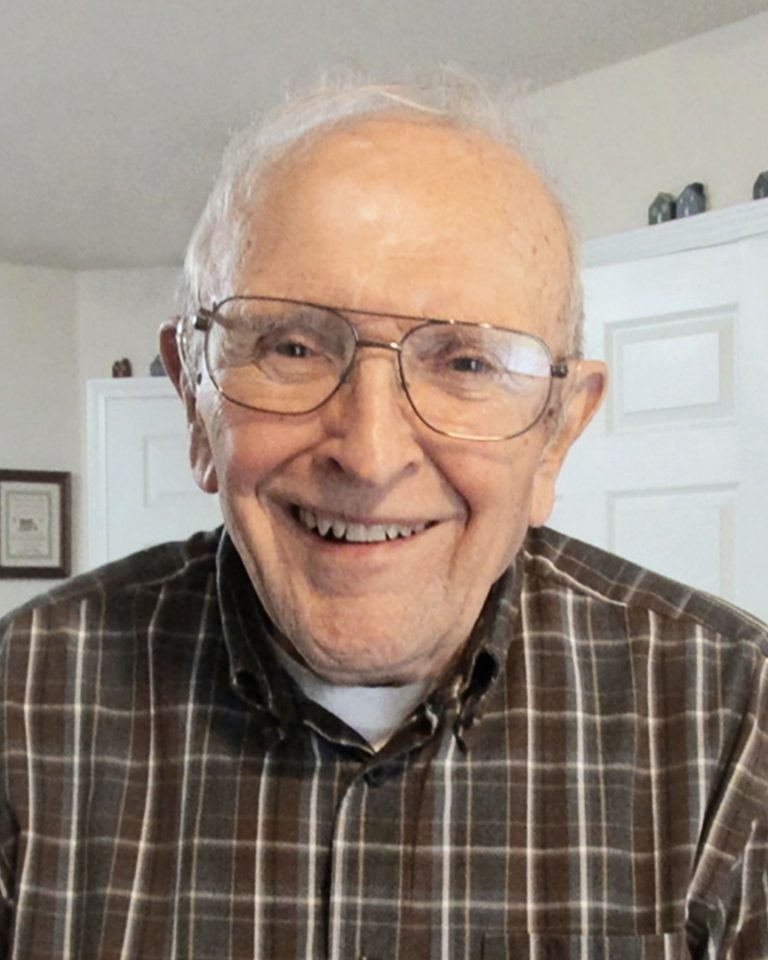 James W. Lacker, age 92, passed away peacefully on June 27, 2018, at home in Gaylord, Michigan in the company of his loving family supported by his tender caregivers from Hospice of Michigan and The Brook.

Jim was born in Saginaw, Michigan on February 26, 1926 to Albert and Esther Lacker (née Zoellner), the oldest of two sons. He grew up in Saginaw, graduating from Arthur Hill High School in 1943, and soon after joined the U.S. Navy. Jim proudly served as a signalman with the U.S. Navy’s Armed Guard from 1944-1946 across both the Atlantic and Pacific Oceans during WWII. After the War he studied accounting and became an auditor for Standard Oil in Saginaw where he met the love of his life, Margaret Donaghy. The couple were married on May 14, 1955 in Saginaw. Jim soon transferred to Detroit then in early 1963 the couple moved to Gaylord with their 3 small children into an old farmhouse they would fully restore and live in for more than 50 years. After 21 years with Standard Oil Jim went to work with the Gaylord State Bank where he was employed for 16 years, retiring as Vice-President and Controller.

Jim was preceded in death by Margaret, his wife of 62 years. The two were not apart long as she departed less than one year ago. He was also preceded by his only brother Bill, of Saginaw, who passed away in December.  Jim is survived by children Peter (Micki) of Dallas, Texas, daughter Jenny (Rick) Diebold of Ellsworth, Michigan and son Tom (Cynthia) of Bradenton, Florida. He is also survived by six admiring grandchildren, Katie, Rick, Karin, Courtney, Eric and Isabel as well as 3 great-grandchildren.

For 55 years Jim was a faithful and active member of the First United Methodist Church of Gaylord where he was a parish visitor of sick and shut-ins for many years. Jim was active in the community having previously served on the Board of Trustees of Otsego Memorial Hospital, the Board of Trustees for the Lake Louise Christian Camp, as secretary-treasurer of the Otsego County Chapter of the American Cancer Society,  as a member of the Otsego County Library Board, and as secretary-treasurer of the Gaylord Optimist Club. In his spare time Jim was an accomplished handyman as he and Margaret fully restored their century old farmhouse both inside and out with great attention and much pride.

In lieu of flowers memorial contributions can be made in Jim’s name to Hospice of Michigan or Mobility Worldwide through the Nelson Funeral Home at P.O. Box 1548, Gaylord, MI 49734.

Family and friends may offer condolences at www.nelsonsfuneralhome.com