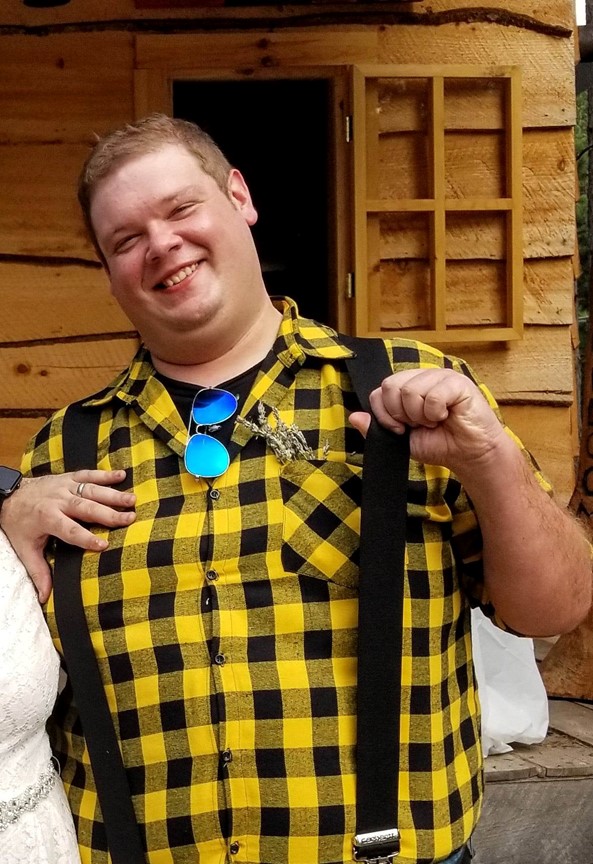 James Lawrence “Big Tasty” Sullivan was a man with an enormous heart who loved to make everyone in his life feel more joy. He was loved and cared for relentlessly by his family, friends, and those he served. He left far too young at the age of 32, early in the morning of January 15, 2023, at his home in Gaylord, Michigan.

James was born on September 4, 1990, in Washington, North Carolina, where he would spend his first few years playing with and chasing his older brothers, his sister, cousins, uncles, grandfather, and grandmother on his favorite big wheel bike. His elementary years would be spent being larger than life with his family and friends throughout Michigan, living in Cadillac, LeRoy, Petoskey, Grand Rapids, Kalamazoo, and Gaylord.

After high school, James spent his years working hard at various jobs to help his mother and father. In his mid-twenties, he would find his calling as “no ordinary chef.” James would spend his remaining years making mind-blowing food in his service to the elderly and those in recovery and rehabilitation. He especially loved cooking with his friend Nick “Little Tasty” Bruin. James cooked with a passion for food and a heart for giving, impacting thousands of people in recovery. He would grow a reputation throughout the entire state of Michigan for his humor, compassion, big personality, and fantastic food. No one could make delicious smoked ribs the way James could.

James was known for his humor. There was nothing James could not make a joke about, and every joke was told through a wise-cracking grin without shame. His love for playing and bringing joy would be the times when his laugh would shine through the most, giving his great love to his nieces, nephews, and the children of his closest friends. James was also the master of smelling good, ever proud of his collection of colognes, beard oils, and skin care. He cooked, he joked, he laughed, he loved, he served, and he smelled great doing it.

James is survived by his mother and father, John Thomas and Norma Sullivan; his brother and sister-in-law, John Christopher and Kristen Sullivan; his brother, Shane Kramer; his sister and his brother-in-law, Sally and Ryan Halladay; and his nieces and nephews, Gracie, Ryan, Naomi, Beth, Edward, Sarah, and Kayla. His chosen brothers, Eric Seeman, Adam Aaron, and John Kitchen will also miss his friendship and brotherhood.

A memorial service will be held in his memory and honor on Saturday, January 28, 2023, from 1:00 PM to 3:00 PM at E-Free Church in Gaylord, Michigan, located at 1649 East M 32 Highway. There will be no internment services as he will return to his home to rest with his parents, who loved him so incredibly much, before later moving to be buried on family property.

Any who are unable to attend the memorial service will be welcome to visit him at his home and spend time with him and his family. His family asks that instead of gifts or flowers you please donate to your local rehabilitation services or the place he loved to work, Bear River Health, in his name and honor to continue his desire to love and serve those in pain. Donations to Bear River Health can be made by mail to Cathy Bond-Bear River Deputy Director at 2329 Center Street, Boyne Falls, MI. 49713 with his name in the memo line.