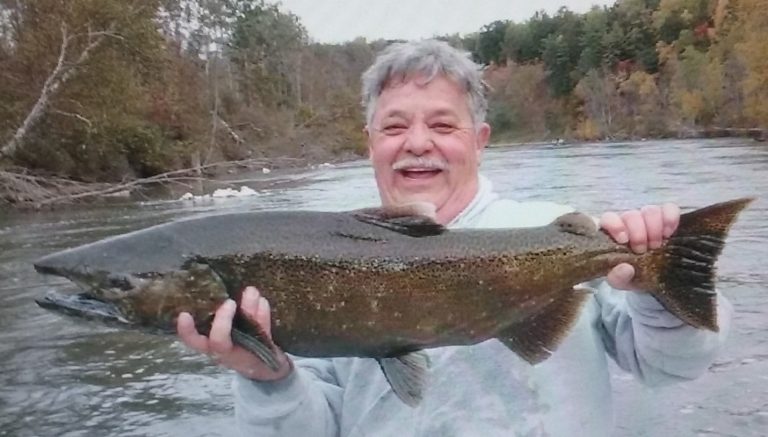 Jim spent 30 years of his life working for GM and part of his career was spent as a high speed test driver [call name Indian] and he was a million mile man. The other side of his life he loved, was riding his Harley. He was very involved over the years with MDA and Toys for Tots with his Harley people.

Later in life, he spent in Florida, with his wife Barb. Volunteering their time to watch and report on the eagles nests in the City of Cape Coral, FL.

He moved around plenty, with many travel plans in mind. Seeing most of the United States and traveling abroad. Always wanting to see what was around the next corner. He also had a love for the great outdoors, hunting, and fishing.

In honor of Jim as he was very close to Gavin and was the kind of person who found joy in paying it forward. So in lieu of flowers you can go online or by check MPACF PO Box 1283 Mt Pleasant, MI 48804-1283. In memory of Jim Cole, and donate to the J. Gavin Bradley Culinary/Hospitality Scholarship Fund https://www.mpacf.org/bradley