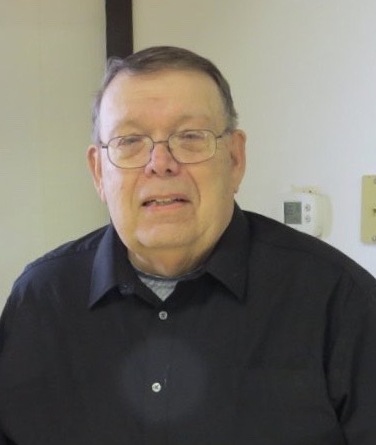 James Edward VanScoyoc, Sr., 77 years old from Gaylord, MI, passed away in the presence of his family on December 21, 2019, in Traverse City, MI. He was born in Pontiac, MI, to James B. and Audrey Irene VanScoyoc on November 26, 1942.
Jim enjoyed hunting and fishing, and as a child, loved playing baseball with family and friends. When he became a father, he passed his love of baseball on to his children and grandchildren. Jim married his high school sweetheart, Nancy Jane Radke on April 6, 1963. He joined the U.S. Navy in 1962 and served until being honorably discharged in 1966. Jim then went to work in 1966 with Pontiac Motors security until 1996. He then went to work for the GM Truck line in Flint, MI until his retirement in 1998.
Upon retiring, he moved his wife and himself to Gaylord, MI, where he worked as a bus driver for Head Start and as a ranger at the Otsego Club in the summer.
James is survived by his girlfriend, Linda Vinton; sons James VanScoyoc Jr., Jeffrey VanScoyoc, and Christopher VanScoyoc, daughters Leanne Benway, and Kimberly (Dale) Campbell; grandchildren Amanda (Brian) Marchlewski, Katy Benway, Alisha (Brian) Watson, Thomas, Haley, Jami, Danielle, Christopher, Amy VanScoyoc, and Robert Standlick, and great-grandchildren, Mackenzie, Jadyn, Shelby, Colton, Hayden, Grant, and Luke.
He was preceded in death by his wife, Nancy VanScoyoc, parents, brother Terry VanScoyoc, and sister Betty Valdez.
Per his wishes cremation has taken place and his ashes will be spread along with his wife in a dual memorial in the spring, where family and friends will gather to celebrate their lives.
In lieu of flowers and cards, the family is asking that donations be made to the American Cancer Society or the American Diabetes Association.
Arrangements were entrusted to Nelson Funeral Home, PO Box 1548, Gaylord, MI 49734.