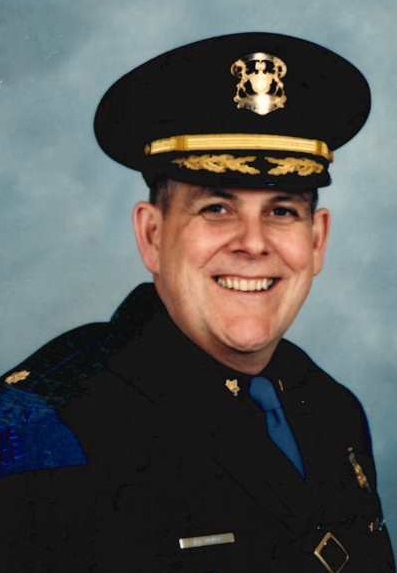 On December 8th we lost a very valiant and strong leader, who not only led with courage, but great passion. James Earl Daust was the most loving husband, father, brother, grandfather, friend, and colleague anyone could ever ask for. He was an influential man who always put family first, who had a great sense of humor and an even greater sense of unconditional love. He was respected with great honor and had integrity as a leader in the community and as a civil servant.

Jim was a driven man who put 100% into everything he did. He always went above and beyond what was asked of him personally and professionally.

After retirement, he worked as the first Project Director for the Michigan Truck Safety Commission where he developed the Michigan Center for Decision Driving, traveling educational programs and a variety of truck drivers safety initiatives.

He went on to become the Project Director for the Commercial Vehicle Safety Alliance and the US Department of Energy’s Cooperative Agreement setting standards and training state inspectors involved in the inspection of motor carriers transporting radioactive materials.

As a devout Catholic, he was actively involved with the Knights of Columbus achieving fourth degree ranking. Some other notable achievements include Trooper of the Year (1969); first recipient of the CVSA H. David Howard Memorial Award for making a significant impact on commercial vehicle safety (1990); and, commencement speaker for the 1991 L’Anse High School graduating class. He also was appointed to several organizational leadership positions.

One of his passions was building/carpentry work. He used his skills and talents to build or rehab several of his family homes. He studied for and obtained his builders license and built the home where he and his wife reside.

A Mass of Christian Burial will be held at St. Mary’s Catholic Church in Gaylord on Friday, December 14 at 11 AM with viewing at the church at 10 AM until the time of the service.

Jim was instrumental in the development of the Otsego County Community Center. In lieu of flowers memorial donations can be made to the Jim Daust Memorial Fund of the Otsego Community Foundation, supporting the Community Center and St. Mary Cathedral Schools. Checks made payable to the OCF-Jim Daust Memorial Fund (PO Box 344, Gaylord, MI 49734) or https://www.otsegofoundation.org/donors/give-now.