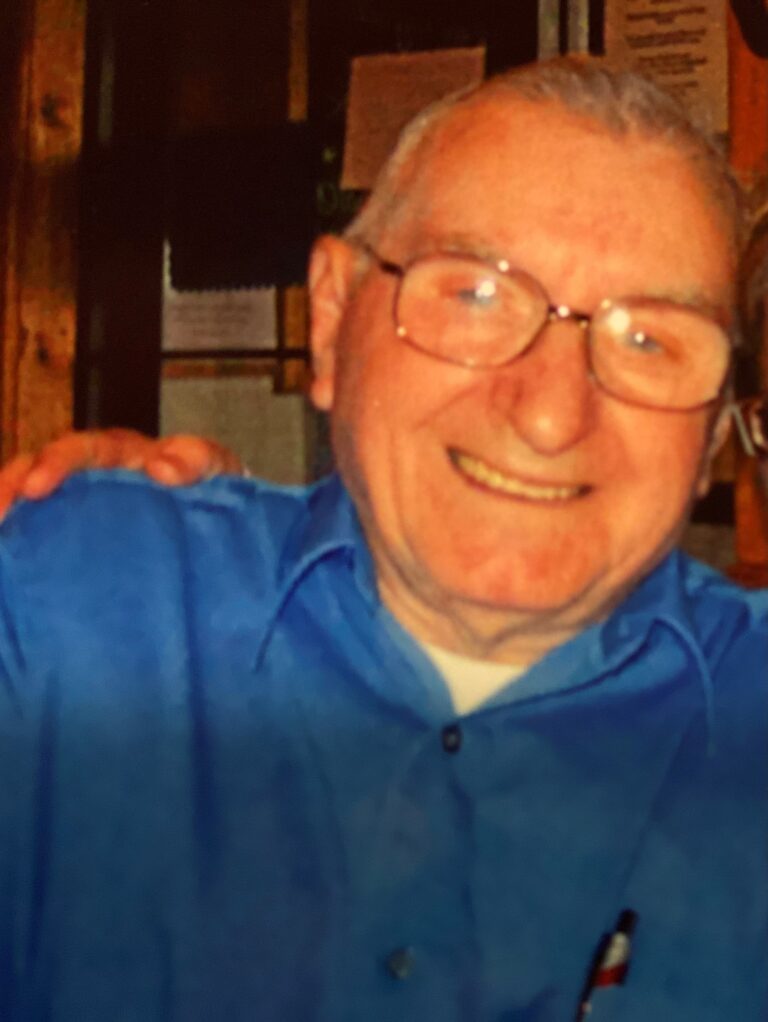 Jack was born in Ontario, Canada on October 6, 1927. He was born on his Great Uncle Isaac’s Farm. He was the second child of ten, born to Gleason N. Scott Sr. and Lettia I. (Purdy) Scott. He lived briefly in Detroit, Michigan but later moved to his grandfather’s farm in Central Lake, Michigan. He graduated from Central Lake High School in 1945 and thereafter joined the United States Army, He served as a radio operator in the Army Air Corps, during WWII. At age 25, he met and married the love of his life, Tamea Catherine Sawyer on November 6, 1954. They had five children, Jack, Sue, Walter, Todd, and Gaye. They moved to Gaylord, Michigan in the late 60s and spent the remainder of their lives there.

Jack was employed at US Plywood until he took early retirement at age 62. He was an extremely hard worker. He usually did side jobs like roofs and finishing houses when he was not working his full-time job. He was the treasurer of the local Eagles F.O.E. 1825 for over 30 years. He was a member of the Masonic Lodge 398, Lions, VFW, and Elks. He was a strong advocate of children and volunteered for numerous children’s functions, like passing out bags of candy at the Christmas parties, etc. Jack loved to fish, hunt, gamble, play cards, and board games, and was an avid bowler until his arthritis did not allow him to play anymore. Then he helped organize and run the bowling tournaments. He loved to wear funny hats and have family barbeques with fireworks! He was a wonderful father, and grandfather, he loved us all. He loved to play pranks and tricks, especially on his sisters, his children, and grandchildren.

He loved gardening and farming, and it was a rare day for him not to be outside doing something whether it was burning leaves or raking them, he was outside. He loved his family and all he wanted was for them to love each other. He left us on May 21, 2022, for God’s farm in Heaven.

His laugh, and goofy smile, beautiful blue eyes and dimples will be greatly missed

On August 4, 2022, a Celebration of Jack’s life will occur at the Eagles Club in Gaylord, Michigan at 1:00 p.m. With a luncheon to be served. Please join us and share your happy memories.

Burial will occur on August 5, 2022, at 1:00 p.m. where he will be laid to rest with his wife and son in Southern Cemetery, Central Lake, Michigan.

In lieu of flowers, donations to any non-profit for children in his name.