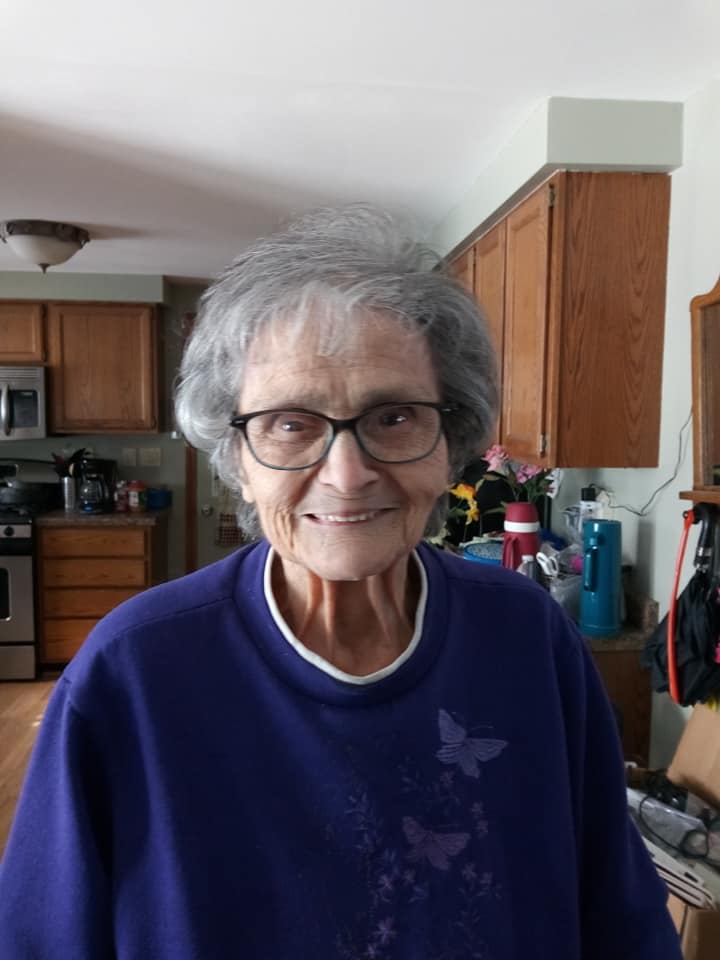 Hilda Emma Marie (Meyer) Koch of Gaylord, Michigan, (longtime resident of Gagetown), went home to be with her Lord, Sunday afternoon, October 2, 2022, at the age of 91, after a brief hospital stay.

She attended her father’s one-room school in Tuscola, through the eighth grade. She was confirmed in the faith at St. Lorenz Lutheran Church of Frankenmuth in 1945. She attended Vassar High School for two years before the family moved to Waldenburg, Michigan, where she graduated from Mt. Clemens High School in 1949.

Hilda married Harold E. Koch on January 1, 1954. They farmed in Gagetown for many years and enjoyed 51 years of marriage.

Hilda served as a Sunday School teacher for 20 years, and as a Girl Scout leader for eight years along with serving for three years on the Mitten Bay Girl Scout Council. She was a member of the Gagetown Women’s Study Club, a charter member of The Tom Thumb Singers, sang in her church choir, and made many quilts for Lutheran World Relief. She enjoyed writing the “Gagetown News” for the Cass City Chronicle. Prior to retirement, she worked at the Tuscola County Extension Service and earned her Master Gardener certificate. She also served her local community in Gagetown by helping with elections. In addition to singing in many choirs, she enjoyed reading, word searches, puzzles, coloring, embroidery, and quilting, as well as keeping up with conservative news and watching Christian television.

The biggest love of Hilda’s life was Jesus, and she did not hesitate to share that love, as well as share her silly sense of humor.

A funeral service for Hilda Koch will be held on Saturday, October 8, 2022, at 12:00 p.m. at Trinity Lutheran Church in Gaylord, where Hilda was a member. Visitation will begin at the church at 11:00 a.m. Interment will be held at a later date in St. Peter’s Lutheran Cemetery in Bach, Michigan, where she will be laid to rest with her husband and son.

In lieu of flowers, memorial donations in her honor may be made to Lutheran World Relief online at https://donate.lwr.org/give/156547/#!/donation/checkout?c_src=website&c_src2=orange-button.