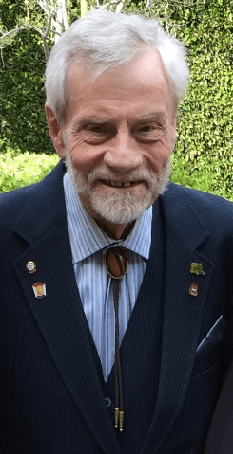 Herman Theordore “Butch” Hawn of Vanderbilt, formerly of Oakley, passed away at his home on March 5, 2019 at the age of 78.

Herman was born in Owosso, Michigan on April 7, 1940. He graduated from Chesaning Union High in 1959. He went on to marry the love of his life, Shirley Gibson, on September 26, 1959. Herman worked as a lather, carpenter and semi-truck driver.

He is preceded in death by his parents Theordore Hawn and Marie Munson.

Herman is survived by his loving wife Shirley of 59 years.

In lieu of flowers, the family asks that you please make a monetary donation to the Department of Medicine (AR08) at the Michigan State University College of Human Medicine, to support Pulmonology Research. Herman suffered from Pulmonary Fibrosis and would love nothing more than to support the learning of young people, in hopes of assisting those who also suffer from this condition. You can donate by clicking this link https://givingto.msu.edu/gift/?sid=3926.

The family will not be accepting flowers at the funeral home, nor at the residence of Herman and Shirley.

Later details will be shared about a memorial service for the celebration of life of Herman T. Hawn, planned for the summer of 2019.