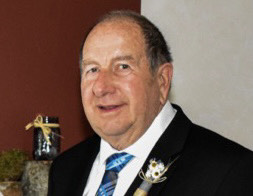 Harry was known as a family man who loved camping, hunting, fishing, and traveling with his family. “5 o’clock Harry” worked as a beer distributor for Dopp Distribution and Petipren Distribution. He served as a trustee at Trinity Lutheran Church in Utica, Michigan.

He married his high school sweetheart, Beverly Falkenhagen, and celebrated 63 years of marriage together.

He is survived by his wife, Beverly; his children, Debra (Jerry) Celmer, Lori (Roger) Markert, Robert (Lisa) Stier, and Tammy (Ben) Eby. He was a loving grandpa to 10 grandchildren and 2 great-grandchildren. Harry is also survived by a brother, Tom (Donna) Stier, and a sister–in–law, Diane Stier.

He was preceded in death by his parents, Harry and Florence Stier; and his brother, Ron Stier.

The family will have a private ceremony celebrating Harry’s life.

If you would like to make a donation in Harry’s memory the family suggests Compassus Hospice online at https://compassuslivingfoundation.org/give/ or by mail at Compassus Living Foundation, 503 N. Euclid Avenue, Suite 9E, Bay City, MI 48706.

Harry’s final resting place will be at the Christian Memorial Cemetery, in Rochester Hills, Michigan.