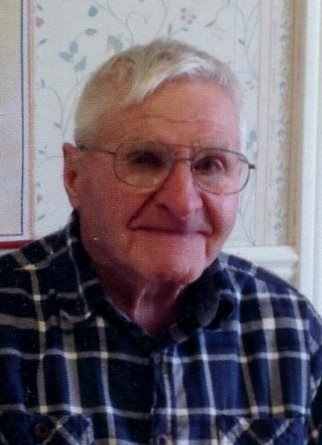 Ford was born in Gaylord on December 10, 1929, to William and Olive (Shaff) Hansen. He grew up on his parents’ farm north of Gaylord. He attended the Red School located on the corner of North Old 27 and Parmater Road and graduated from Gaylord High School in 1948. After high school he entered the U. S. Army and served in the Korean War. Upon returning from the service, Ford purchased a farm in Johannesburg where he farmed with his parents until he retired. He was an avid gardener and enjoyed sharing his produce with his friends and relatives.

Ford is survived by his siblings, Velma Gapinski, Norma Gapinski, Ilah Coviak, and Donald (Marion) Hansen, sister-in-law Barbara Hansen, along with numerous nieces and nephews. He is preceded in death by his parents, William and Olive, and his brother William Hansen, Jr. , brothers-in-law Blase Gapinski, John Gapinski, and Ernie Coviak.

Funeral services will be held at the Nelson Funeral Home on Saturday, October 21, 2017 at 2 PM with Rev. John Naile officiating.

Visitation at the Nelson Funeral Home will be held on Friday, October 20, 2017 from 4PM until 7 PM and on Saturday at the funeral home beginning at 1 PM until the time of service.

Interment will take place at the Fairview Cemetery in Gaylord.

Memorial contributions in honor of Ford may be made to Hospice of Michigan, VFW Post 1518 or to the charity of your choice.