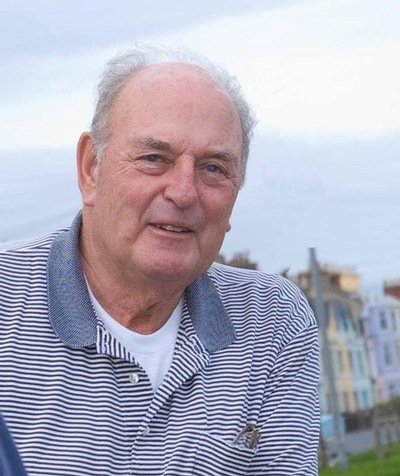 Gerry was born in Newry, Co. Down, Ireland, January 1, 1935. The nearby Mountains of Mourne remained his favorite place and he cherished sharing the area with wife, children and grandchildren. Raised in Belfast, he set off on his own for America in his early 20s. He often cited becoming a US citizen as one of the greatest moments of his life. Gerry was well known for his humor, charm and frequent malapropism. Blessed with a glorious singing voice, he gladly shared it with anyone with ears.

Before becoming a citizen, he proudly served in the 101st Airborne at Fort Campbell, Kentucky. As a paratrooper, he made over 100 jumps and was awarded numerous marksmanship medals. After his Army service, he returned to Detroit quickly finding work at Ford Motor Company and meeting his wife, Sheila, when their offices played each other in a softball game at Dearborn’s Rotunda Field. Gerry’s final Ford project, and the one of which he was most proud, was working in Police Vehicle Engineering. He worked with police agencies around the world to develop the safest, highest performing vehicles to protect law enforcement officers from local and federal police agencies.

Fiercely proud of being an Irish Catholic from Ulster, Gerry was active in the Knights of Columbus serving as Grand Knight of the Gaylord division and founding the Gaylord division of the Ancient Order of Hibernians – an Irish fraternal organization dedicated to preserving and protecting the traditions of the Catholic Church. He was an avid golfer and enjoyed playing with Sheila, their children, and his many friends.